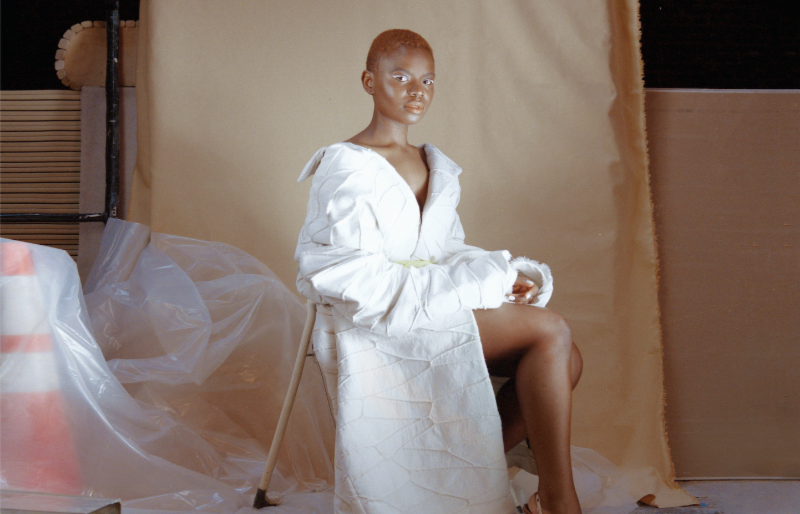 Vagabon | photo by Tonje Thilesen | courtesy of the artist

On Thursday morning, Vagabon announced that her sophomore album All The Women In Me will arrive on September 27 on Nonesuch Records. She also released the lead single “Flood Hands”, a heavy, pop-leaning track that finds her in a surreal new place where we have never heard her before.

On the track, Lætitia Tamko examines an array of different selves and wonders how she might become another. “I want to live you, instead of myself,” she sings in the first verse, before drum machines begin to hiss and bang when the refrain enters — “I know even if I run from it, I’m still in it.” In the accompanying video, still shots of Tamko flicker back and forth across the screen, showing her in different profiles, different outfits, different light and different makeup.

The production on “Flood Hands” brings Tamko’s vocals to the front, and at the same time it gives her more space than she had in most of the songs on Infinite Worlds, her debut album from 2017. The acoustic and distorted electric guitar parts that she used to build Infinite Worlds has vanished now, and the clean pop guitar part on the track is accompanied by synth bass and layers of pads, with Tamko performing all the instruments on the recording.

In a press release from Thursday morning, she explains that she originally wrote “Flood Hands” “for a well-known pop-duo to have on their album.

“I used this assignment as a chance to flex my production muscles and write something I wouldn’t have written as a ‘Vagabon’ song a couple years ago. The result felt like a triumph for me in my progression as an artist and I just couldn’t stand to part with the song by the time I was finished.”

Vagabon will take her upcoming album All The Women In Me on tour beginning in October and will play an October 31st show at Franklin Music Hall with Angel Olsen.; tickets and more information can be found at the XPN Concert Calendar.