Bruce Springsteen and The Meaning of Life: Western Stars is uneven, but unafraid - WXPN 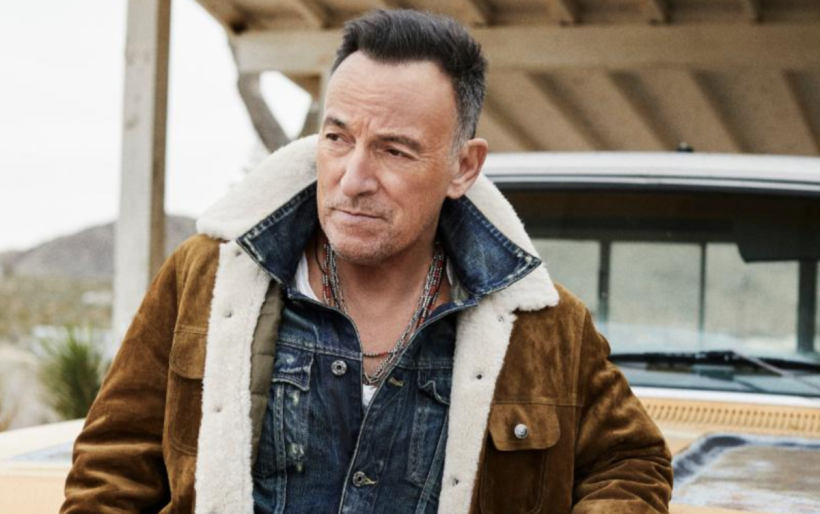 Bruce Springsteen and The Meaning of Life: Western Stars is uneven, but unafraid

At this point in history, Bruce Springsteen doesn’t need to try anymore.

If we’re being completely honest, he hasn’t needed to try for a long time. The man wrote, recorded, and released no fewer than three masterpieces in the first ten years of his career – 1975’s Born to Run, 1980’s The River, and 1983’s Nebraska. The albums that surrounded them were all valiant efforts filled with strong, nuanced songwriting and major radio hits. His live shows have been things of legend since he was playing The Stone Pony and The Main Point. On legacy alone, arenas of fans the world around will continue flocking to the man who put Asbury Park on the map, regardless of what he brings to the table – whether it hits or misses.

Springsteen’s newest offering, Western Stars, is out today. It is his nineteenth studio album, and on the surface could be heard as a lackluster late-career move by a 70s rock veteran. But if you consider the road that led to it, it’s not that at all.

The last time The Boss’ new music felt essential – truly essential – was back in 2002, when the gospel-tinged The Rising gave a torn and terrified country a sense of common purpose in the wake of the September 11th attacks on New York, Pennsylvania, and Washington, D.C. Its follow-up, 2005’s Devils and Dust, was a smoothed-over, less interesting return to the hard-edged folk singer he introduced on Nebraska and refined on The Ghost of Tom Joad. 2007’s Magic is mostly notable for the creepily leering “Girls in their Summer Clothes,” something I’m reasonably certain no young woman wants to hear a 58-year-old man singing about them (even if the man is Springsteen). Subsequent LPs Waking On a Dream, Wrecking Ball, and High Hopes did not even have the benefit of that kind of notoriety – instead, they collected unremarkable songs by a troubadour trailblazer, a singular voice who’s doing little more than writing to sound like himself. Uneven as that post-millennium run might have been, all of those releases produced stellar tours, or critical acclaim, or a combination of the two.

Bruce Springsteen doesn’t need to try. His name and audience can do the work for him, and he sometimes just lets it happen. But other times, when inspiration strikes, he continues to try, valiantly. Exhibit A: the monumental River tour and its companion box set The Ties That Bind, which celebrated one of those aforementioned masterpieces over the course of 2016, not because a milestone was on the calendar, but simply because the music was great. It wasn’t new, but my god it was powerful.  Exhibit B: Springsteen on Broadway, a two-hour plus production that placed cuts from across his catalog in a deeply introspective emotional context, weaving his life story into the stories his songs told, and weighing in on the state of the world along the way – done with humor, grace, heartache, joy, and a tireless, resonant bellow.

And on Western Stars, we absolutely hear how Springsteen – now age 69, and with a little bit of a creak in his voice – continues to try new things. The 13-song, 50-minute record finds The Boss in solo troubadour mode once again, with a twist. This time he’s not attempting to be Woody Guthrie, or Bob Dylan, more obvious moves he’s made many times in the past. This time, he’s more inspired by Glen Campbell, Johnny Cash, and Roy Orbison. He yearns to play immaculate pop music, sing timeless melodies with a country twang, while angelic orchestrations lift the songs into the stratosphere. Listening to the windswept shuffle and elegiac pedal steel of “Hello Sunshine,” and noticing its aching life-in-the-rearview lyrics about loneliness and solitude, is what I imagine death would be like in the Great Plains on a beautiful, cloudless, quiet day.

That was the song that introduced listeners to this project, and it set the bar perhaps a little too high. Western Stars is far from a perfect record. It employs cliché lyrical tropes about auto mechanics and factory workers, its songs draw an insert-city-name-here map from Frisco to Tucson to Nashville, it fixates on tried and tired images of travel and highways, of rambling on the open road in El Caminos and sleeping in cheap roadside motels, of “freedom” — or the very specific white American male version of such, where you pick up and take off because you can. The dusty “Hitch Hikin’” opens the record on one of its most simplistic moments, a superficial character sketch of “a rolling stone just rollin’ on” with his thumb out at the side of the road, told in borderline nursery rhyme style. Perhaps the thought was beginning on a middle-of-the-road, play-to-the-bleachers moment (or the mellow acoustic Americana equivalent of the bleachers), but it’s a misfire.

Thankfully “The Wayfarer” is right on hand to pick us right back up, telling essentially the same story of a restless person drifting through their life. What saves this song and not the one before it? For one, the exquisite interplay of elegant chamber strings alongside soft, percussive acoustic guitar downstrokes – it’s a beauty to listen to, particularly on headphones. For another, the self-awareness Springsteen brings to this character sketch: “It’s the same sad story, love and glory, going round and round / It’s the same old cliché wanderer who’s wasting from town to town.” He admits it! His characters become clichés. It’s almost as effective as the moment in Springsteen on Broadway where he announced “I’m a fraud…I’ve never done any hard labor, and yet it’s all I’ve written about.” But a cliché is only as bad as a writer’s ability to connect and make people care, and with detailed images like midnight church bells ringing across a small town square as wheels squeal on asphalt and a car peels away, we are placed right in this wayfarer’s world, eager to hear where they’re off to next.

The rousing “Tuscon Train” is more basic on a musical level – it’s the least committed to the cowboy motif, sounding instead like an average midtempo Springsteen rocker, with cinematic flourishes of horns and strings – but the story is a powerful testament to bettering oneself, to being the best person you can be, contending with the hurt your younger self might have caused, and the hope for redemption in spite of it. Looking at a romance gone bust, its narrator sings “We fought hard over nothing, we fought till nothing remained, I’ve carried that nothing for a long time.” If that’s not a moment of zen in relationship-building and self-discovery, I don’t know what is.

The ride across Western Stars finds these beautiful vistas juxtaposed alongside lackluster lows, and songs that do a little bit of both. The moving, minimal cello-and-fingerpicking “Chasin’ Wild Horses” is an existential conundrum where the thing being pursued isn’t a dream, or an ideal, but rather another day, another job, another commitment to be fulfilled as our calendar days tick away. On the other hand, “Sleepy Joe’s Café”is a hokey bolero about that storied place where they play guitars all night and all day. It’s allright I guess, but really, 1973’s “Rosalita” sets the scene so much better in two short bars than this song does in three whole minutes. Walking the middle path is the gritty, tragic “Sundown,” where Springsteen sings again about tedium of solitude: “I drift from bar to bar to bar here in lonely town wishing you were here with me.” It’s a remarkably vague statement that tells us nothing and everything all at once.

The common thread across Western Stars probably isn’t one that 25-year-old Springsteen could have convincingly explored: it’s about the winding down of time, the moments where decades of life experience have accumulated to little more than foggy memories of things that aren’t around anymore. It’s about mortality, it’s about the fear that goes with that. And it’s about the ability to find peace, beauty, and hope in the face of it.

The most un-Springsteen moment on Western Stars is its most powerful: in “There Goes My Miracle,” Bruce sings wearily of days that switch on and off like lights, but he also sings boldly and unashamedly of love, of a lover, of resolve to follow them as they walk away. Springsteen is a songwriter who at varying points in his career has been macho, cynical, spiteful, scorned, and scared in matters of the heart. Hearing him positively confident that love is the meaning of life, so confident that he’s pushed into new vocal territories to sing it from the rooftops in a soaring Orbison-ian croon, is inspiring. We can grow, we can evolve, we can find solace in this mess of human existence.

All of this, I should note, is because Bruce Springsteen continues to challenge himself, to go the distance, to try, even if he no longer needs to. Will Western Stars bring The Boss another wave of radio hits in the Born In The U.S.A. sense? Highly unlikely. Is it another masterpiece? Not exactly. Will it have any resonance to people who aren’t already sworn devotees? Doubtful – but maybe it should. After all, the album proof that when you reject mediocrity, when you dare to be the best version of yourself, even if you stumble along the way, you’re doing so with more life and vigor than the people back in their comfort zone.