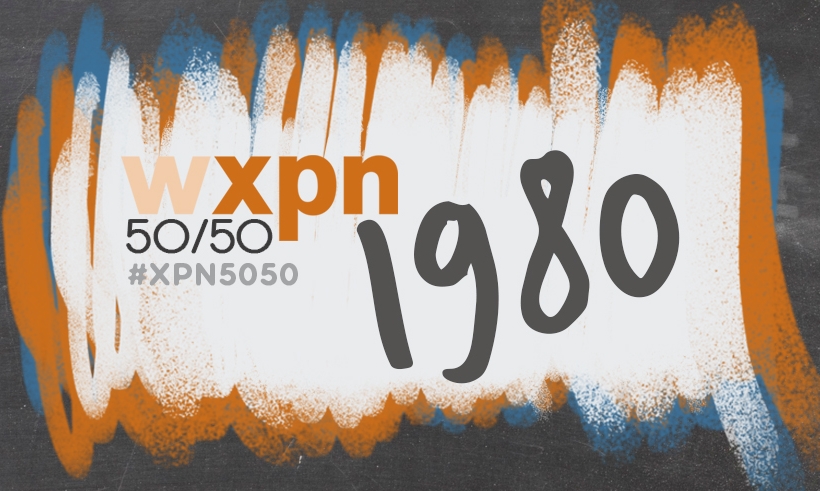 For fifty weeks this year, we’re celebrating the music of a specific year every Saturday on WXPN. We’ll be choosing the years randomly; for this week’s #XPN5050, Kristen Kurtis is putting the musical spotlight on the year 2013.

We’ve been circling relatively modern times a lot in recent weeks on the #XPN5050, so this week we’re seriously throwing it back. 1980 was the year of “Hungry Heart” and Bruce Springsteen’s The River. It was the year of Kurtis Blow’s “The Breaks” and one of hip-hop’s first major advances into the mainstream. It was the year of Pretenders and “Brass in Pocket,” and U2’s Boy and “I Will Follow.”

M*A*S*H and Dallas were riding high on the television, and Magnum P.I. made its debut.

On the big screen, Raging Bull and Friday the 13th thrilled us, The Blues Brothers and Airplane! had us laughing in the aisles, but the biggest sensation came from Empire Strikes Back, the second installment of the Star Wars saga.

Below, listen to a playlist of music from 1980.