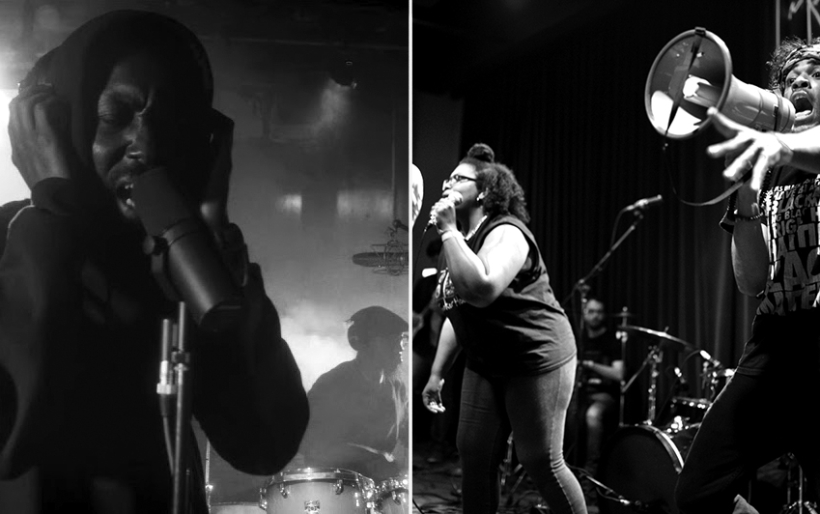 Two hip-hop heavy hitters on the Philadelphia music scene, ILL DOOTS and Khemist, are pairing up with indie-soul experimenters Oh He Dead from DC for a stacked lineup at Johnny Brenda’s on August 1st.

ILL DOOTS is a collective of seasoned hip-hop and RnB creators from the area who began working together nearly ten years ago. Drawing inspiration from The Roots and other East-coast neo-soul pioneers, the six-piece band brings an invigorating mix of soul grooves, instrumental improv and straight-edged, socially conscious rapping. The members of ILL DOOTS have also contributed to community education and activism in the Philadelphia area through music workshops in local schools, after-school programs and churches, and they have contributed music to the local theater scene, too — including in the Wilma Theatre’s An Octoroon in 2016. In May, they released a new single, “(Pants) Tore Up [feat. Emyne]”, which a Bandcamp announcement explains “is about the things that are passed down to us. Generationally and literally — hand me down pants, trauma (stereotypes) and victories alike.”

Khemist, born Terence Oliver, is another Philly hip-hop artist with his mind on the local and the personal. His music has been appearing online in cyphers and mixtapes since 2011, and he is still on the rise. He also collaborated with ILL DOOTS on three tracks on their 2018 self-titled release, repping hard work and self-confidence on several tight verses. Recently, he has been offering fans a new window into his studio process with regular YouTube posts he calls #KhemtrailsTV — a combination of diary and documentary — including earlier this week. Last month, he hit World Cafe with a live band and released a stunning video collaboration with Philly drummer Anwar Marshall, “It Don’t Get No Easier”.

Oh He Dead began as the project of DC musicians Cynthia Johnson and Andy Valenti in 2015, and has since grown into a larger band. The self-described “indie-soul” outfit released the EP “Blood in the Water” in 2018, which incorporates Motown-inspired vocal performances with pop backbeats and shifty electric guitars.

The three acts will join up at JB’s on Thursday August 1st for an 8PM show. Tickets are available now.