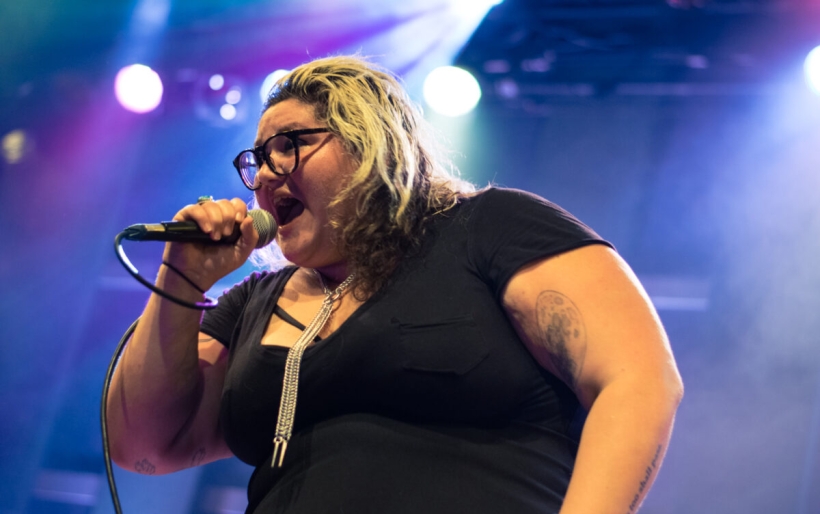 Sheer Mag’s new album will outline a heavy personal narrative, beginning with “Blood From a Stone”

Philly rockers Sheer Mag will release their long-awaited sophomore record A Distant Call on August 23rd. The group’s debut Need to Feel Your Love broke out in 2017 and was a comment on everything corrupt in our world, from politics to people — they obviously had a lot to sing about. The forthcoming LP has a similar theme, but this time, it’s a succinct narrative based on real-life experiences, mainly coming from front woman Tina Halladay.

According to a press announcement, the protagonist of the album resembles Halladay and portrays her recent tribulations: the loss of a job and a loved one. Sheer Mag shared “Blood From a Stone” with the record announcement, and it is the sound of catharsis — anger and exhaustion pour from Halladay’s lyrics. The track appropriately kicks off the narrative of the album with a self-depreciating story about expecting comfort during a rough patch from someone who has struggles of their own. “Blood From a Stone” is raw and honest; I’m eager to journey through the LP’s nine remaining songs.

A Distant Call will be available on August 23rd as an independent release from Sheer Mag. The band will play World Cafe Live with White Reaper and Thin Lips this Saturday, June 22nd. Find more information and tickets on the XPN Concert Calendar and hear “Blood From a Stone” below.