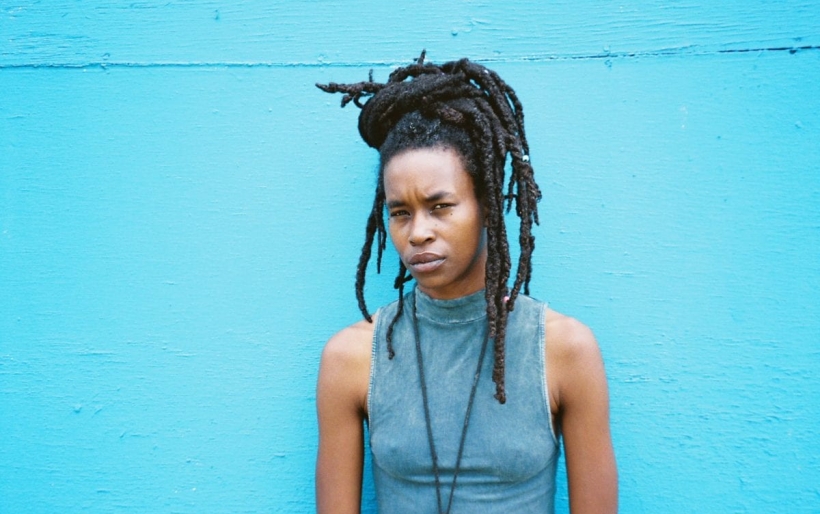 Camae Ayewa | photo by Bob Sweeney | courtesy of the artist

Circuit City, the first original theater production by Philadelphia-based experimental artist Camae Ayewa, opens at FringeArts in Old City tonight and runs through Saturday night. FringeArts describes the production as “a futuristic exploration—part musical, part choreopoem, part play—of public/private ownership, housing, and technology set in a living room in a corporate-owned apartment complex.” Performances will feature poetry and music by Ayewa with support from members of Irreversible Entanglements, a Philadelphia free jazz group with whom Ayewa has also worked in the past, as well as Ada Adhiyatma (aka Madamdata) and Steven Montenegro of Mental Jewelry.

Ayewa, a Philadelphia-based poet, noise musician and experimental performer, began making music as Moor Mother in 2012 and released the full-length album Fetish Bones in 2016 to widespread critical acclaim. Her work on this release incorporated harsh electronics and Afro-futurist sound collages into visceral spoken-word and rap explorations of twenty-first century racial politics. In Circuit City, Ayewa focuses on the politics of the urban landscape, unpacking the contemporary housing crisis and the ways in which histories of discrimination have shaped the architecture of American cities, including Philadelphia.

Ayewa elaborates on her inspiration for Circuit City in an interview published by FringeArts earlier this month, and also discusses it as through the lens of Philadelphia as a city celebrating its citizens:

…and not just people who are well-established or rich… Everyday citizens. North Philly has amazing community members that, you know, won’t get any type of shine outside their own community that have been doing a lot of work, whether it’s street cleanup, whether it’s organizing citizens to vote. And there are a lot elders doing this work, that have been, so those type of people make Philly to me; these lone heroes.