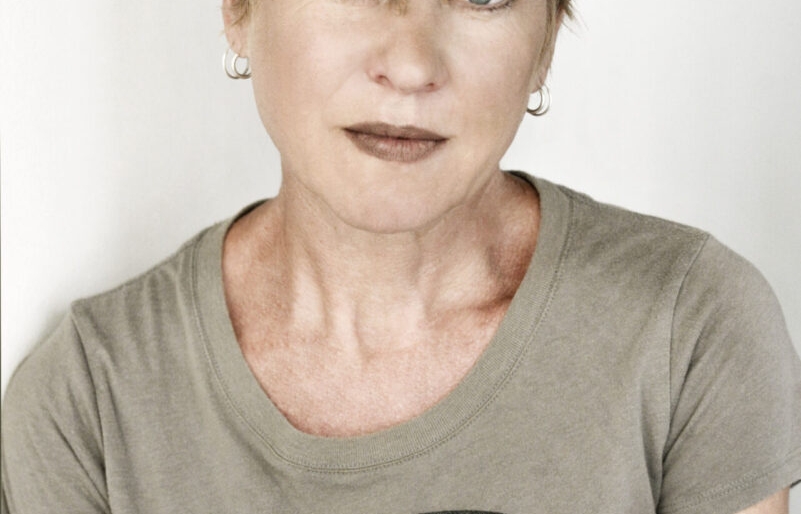 Kristin Hersh has never looked at melody and text in quite the same way you do. Perhaps that stems from the differences in her personality, her PTSD, or the synesthesia that allows her to shift sensation from one part of her being to another part.

Perhaps, Hersh — who has split her time and energy among solo projects, her band 50 Foot Wave, authoring books such as her 2010 memoir, Rat Girl, and her legendary alt-trio Throwing Muses — is simply a colorfully clever and poignantly unique artist, radical and dedicated enough so to make each project definitive and different from the last, yet one without question as to who has authored it.

Currently touring on the strength of her noisy new tenth studio solo album, Possible Dust Clouds, she’ll appear at Boot & Saddle on June 24 to show off her colorful catalog.

The Key: I promise I won’t turn this into a discourse on psychic, neurological or mental dislocation. The other day I was speaking with comedian-speaker Hannah Gadsby, and we came to the conclusion that her recent autism diagnosis — and most mental “disorders” — should never be treated as a disease, but rather, a difference. Considering that statement, how do you view your PTSD and all levels of disassociation…especially in your work while recording, writing and performing live?

Kristin Hersh: I absolutely agree. A level of kindness and empathy we’ve come to expect from musicians and listeners in our sphere reflects that ability to live each other’s stories. Like a commitment to life living itself. I mean, really, what else are you gonna do but trust each other to be real? To be hard and soft and goofy and messed up and graceful.

TK: Do you feel as that disassociation makes it so you are not fully within a moment – and is that in and of itself, another reality in which to create through? How do you, or can you, use this difference to your advantage, I guess is what I’m asking?

KH: I thought that when I was through the process of integration [a psychological treatment for individuals with Dissociative identity disorder], I would be a whole consummate impression of events and psychology, but I find that some stories are better told by an aspect of…my musicianship, I guess? I can always play my material but some parts of me remember the syringe of events that led to a song better than others.

TK: How specifically did you write through Possible Dust Clouds in a way that may have been different in a fashion to anything you have written previously for yourself or Throwing Muses? I don’t necessarily mean that in regard to PTSD. Rather, perhaps, how has the skillset changed, the inspiration changed, the muse changed?

KH: Possible Dust Clouds was written before and during integration, so I suppose I could follow a trajectory from invisible writer to fully present narrator. Kind of embarrassing, but hopefully the songs aren’t overly led by my instruction anyway. I like to get out of their way, obviously. Music is much better when I have nothing to do with it…

TK: I don’t know what “looking back” means within the PTSD spectrum, but, how do you think or feel that penning your road memoir Don’t Suck, Don’t Die: Giving Up Vic Chesnutt, or the essays that accompanied Wyatt at the Coyote Palace LP collection brought something to your lyric writing game….if anything?

KH: Lyrics are such percussive melody, such a…blurting out. They make you spit truth and it’s not always pretty. Prose communicates so directly that it’s generally sweeter. You know, not everyone speaks music, but English is immediate and conversational unless you’re deliberately getting fuzzy with it. I guess the Venn diagram at play would be impressionistic response that you hope resonates. For some reason, 50 Foot Wave lyrics seem to straddle those two kinds of beauty, and even need to be pretty to look at? No idea why. They just ask for that.

TK: This is just a sense or feeling I have from re-listening to Possible Dust Clouds next to say, Cats and Mice, your last pure album NOT connected to a book: there seems to be new vigor and dynamism in the melodies’ arrangements and the lyrics. Is there something you can point to / toward as a reason for such zest and enterprise?

KH: Integration and love? Possible Dust Clouds, is an explosion. Add the settling dénoument and it sounds like a freaky, goofy party. Something about the gravity of this playground, probably. I love noise, but you’re right: I’m not sure I’ve ever made this much noise with this much positivity before.

TK: What does the phrase “possible dust clouds” mean as a concept, an umbrella term for what these songs are or became?

KH: That was taken from a road sign on the way to San Onofre, California, driving to a secret surf spot with my little boy. Maybe shit will blow up? Maybe it’ll be ok?

TK: How is it that you came to use additional musicians rather than playing all of your own instruments on Possible Dust Clouds? I do see that David from the Muses is on your new record?

KH: When a buddy who could play something stopped the studio, I made him play. My only production rule on this record. Including my son Wyatt True, who played drums on the song “Breathe In.” And Muses’ Fred Abong and Dave Narcizo. I like a nice free-for-all as much as I like to focus and boss myself around as the only musician. Plus, a party sounds more fun than some lady sitting alone at her desk. Even if it’s a mixing desk.

TK: Do you know why you wrote the songs of Possible Dust Clouds now, or what connects them to your present?

KH: The “yay,” whatever that means. Even though it isn’t easy here, it’s sweet that we keep running out into the rain together and then regrouping.

TK: Similarly, I know you are working on new music for Throwing Muses. Other than it being the four of you NOW, what is making it part of a current dialogue, the world’s beyond yours and theirs? Or doesn’t it have to be?

KH: There are only three of us in any of my bands…I like power trios. The Muses are this odd sound that keeps cropping up. A few years ago we made a double album that just went on forEVER, wouldn’t freakin’ shut up. Now we’re making a ten song live-ish thing. I dunno. Songs tell you what to do. Anything else would be manipulative if not a downright lie.

TK: How do you feel as if personal growth and the aging process has made your work and the Muses so different from where you started – as a soloist and as an ensemble?

KH: Not my personal changes as much as my shifting ability to view the light and shadow of sound from different angles. To really, really, really get out of the fuckin’ way and let a song talk takes some seriously hard living! I wish it didn’t, but there ya go. The songs love it when I become invisible. Which is totally a super power, I don’t care what anyone says…

Kristin Hersh plays Boot and Saddle on Monday, June 24th. Tickets and more information can be found at the XPN Concert Calendar.