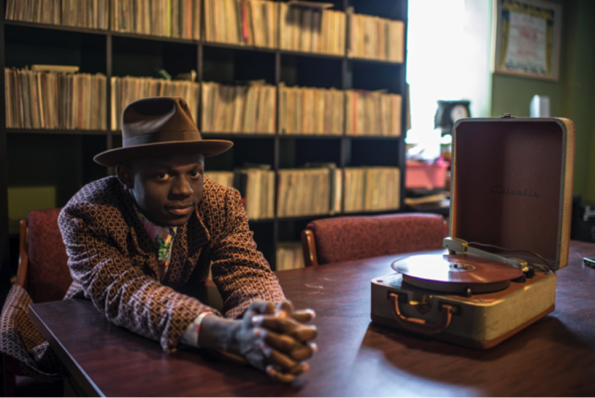 J.S. Ondara | photo by Josh Cheuse | courtesy of the artist

J.S. Ondara‘s recent album Tales of America has brought the singer-songwriter much acclaim this year, and On “Torch Song (Echo Park),” Ondara is joined by Taylor and Griffin Goldsmith of Dawes, and other guest collaborators including Mike Viola, Sebastian Steinberg, Joey Ryan of The Milk Carton Kids, and Eric Lea.

“Torch Song (Echo Park)” builds upon the acoustic bones of the album version of the song; added harmonies and instrumentals give it a more robust sound and a sunny, West Coast feel as Ondara sings, “My heart is never on time, always a little behind.”

J.S. Ondara and Dawes will both be joining us for the XPoNential Music Festival next month. Early Bird pricing ends soon; find more information at xpnfest.org.