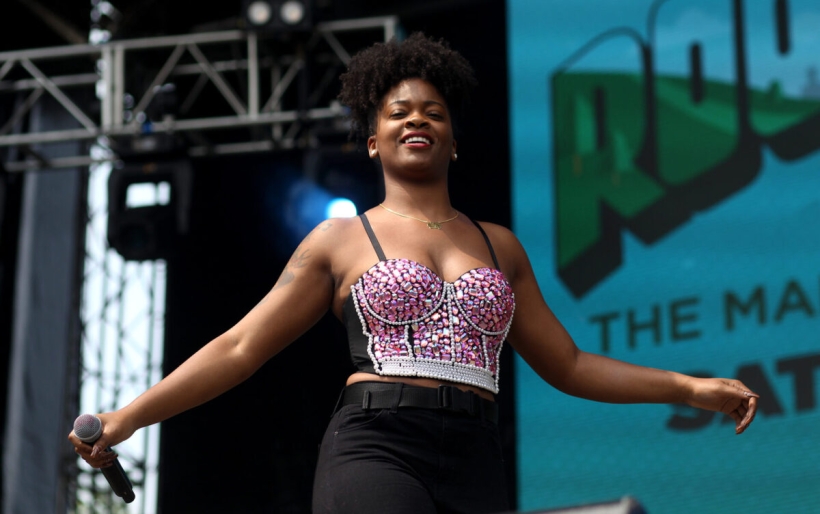 On Thursday evening, Ari Lennox wowed the audience at The Tonight Show with Jimmy Fallon with a medley of songs from her debut album, Shea Butter Baby. The album was released early this May on J. Cole’s Dreamville Records.

In the performance, she first sings “Up Late” and transitions to “BMO.” Being a relatively new artist in the R&B scene, it was her first live late-night show appearance. So despite the fact that she was confidently rocking a bright orange fur cloak, Ari Lennox initially looked a bit nervous on stage. However, after she took a deep breath before performing all traces of stage fright vanished.

Her first number, “Up Late” was really the standout of the two. The singer and songwriter brought out Masego to play saxophone for the number. In the middle of the song, Lennox does some runs on the line, “Up late again” and is met with loud applause. You can see her ease into the following lyrics, “tell me how it is when I back it there, it there.” The quality of her tone live is impeccable as it is in her recordings, which is rare to see.

“BMO” is a fun, less vocally demanding song and you can see her come into her own. Masego leaves the stage and all eyes are on Ari Lennox. By the end of it, she is dancing along to the track seemingly without a care in the world. After the medley, Jimmy Fallon proceeds to thank Ari, saying “That is how you do it. Oh my god, Amazing!”

Ari Lennox will be back in Philadelphia for Brandy’s Femme it Forward tour. Hear her sing on August 24th at the TLA. More information can be found at the XPN Concert Calendar.