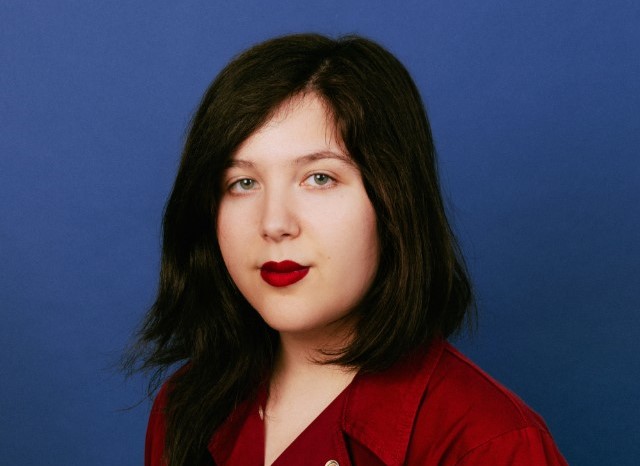 Lucy Dacus | photo by Elizabeth Weinberg | courtesy of the artist

For the third installment of her holiday-themed single series, Lucy Dacus has shared a Fourth of July inspired track. The song follows her cover of “La Vie en rose“, released for Valentine’s Day, and her Mother’s Day/Taurus Season inspired “My Mother & I“. “Forever Half Mast” is a colorful and hopeful contemplation on the dissonance we, as Americans, often experience. The chorus sees Dacus attempting to console a troubled America and reassure her that “yes you’re evil, but you’re not that bad.”

Dacus explores her attitude toward her nationality atop a summery guitar and steady drums. In the song’s last minute it connects to its inspiration even more overtly. The guitar gets louder and hazier while the drums sound as if they’re being hit angrily. This explosion of sound mirrors the fireworks that will light up the country next week. Then, just as you start getting used to the song’s change in tone, it fizzles out. Much like the fireworks it imitates, the song goes from bright and booming to quiet and subtle in a matter of seconds.

In a press release Dacus shared more on the song’s ties to Independence Day:

“There is a daily dissonance one endures as an American wherein much of our joy is counterweighted by shame, where much of our pride lives in tandem with injustice and suffering. ‘Forever Half Mast’ is about confronting this unavoidable culpability as an American citizen and consumer. Instead of allowing this guilt to paralyze us, we should try to let it influence us in positive ways.”

Watch the lyric video for “Forever Half Mast” below. Lucy Dacus will join us at Wiggins Park for the XPoNential Music Festival on Sunday, July 28. Find more information at xpnfest.org.