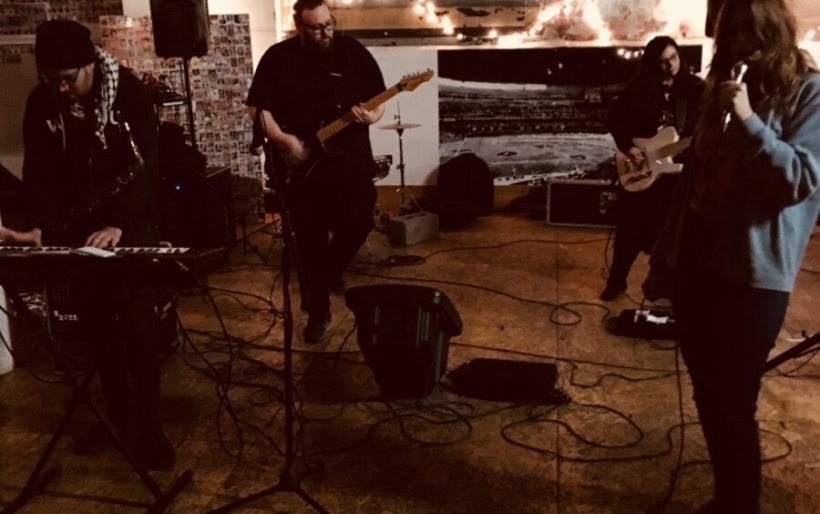 Dialer | photo by Woven In | courtesy of the artist

Before they head out on a short summer tour, Philly band Dialer has shared a few new tracks. Tour Tape 2019, out now on SRA Records, features demos of four new songs, and, according to the band “some extra stuff that isn’t online anywhere.” This latest addition to Dialer’s catalogue follows a split with Chronic Anxiety that was released earlier this year.

The new release sees the band (which features Key contributor Yoni Kroll on keys and saxophone) at their chaotic best, channelling pent up energy into each raging track for four brief moments of pure catharsis. Listen for yourself below and catch Dialer on tour throughout the midwest this coming week.