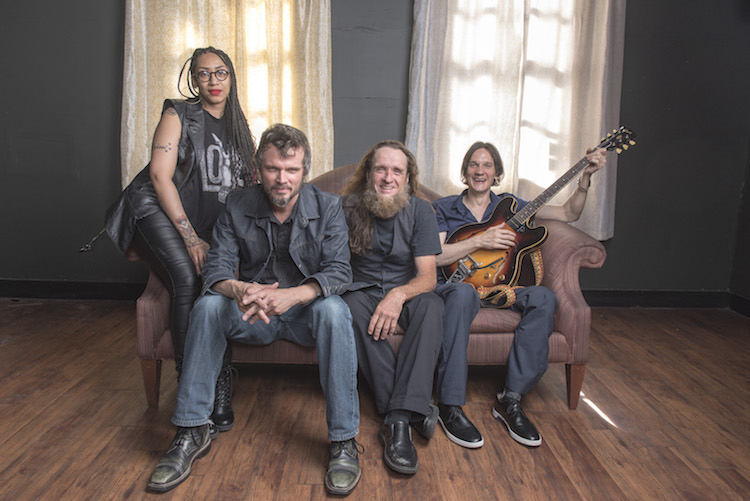 North Mississippi Allstars announce new album Up and Rolling, release “What You Gonna Do?” with Mavis Staples

North Mississippi Allstars have just announced their tenth studio album, Up and Rolling, which will be released October 4th. That’s a ways off, sure, but in the meantime the blues-rock trio have given us the first single from the record, “What You Gonna Do?” featuring legendary American gospel singer Mavis Staples.

The tune is a new rendition of a Staples Singers’ classic, originally released in 1965 on the Staples Singers’ Freedom Highway. Guitarist Luther Dickinson told Paste Magazine how the track is interwoven with the cultural fabric of his home state:

“As a young Mississippi musician seeking enlightenment, I cherished the message, history and wisdom in the lyrics of Freedom Highway. Sadly, I was learning more about American history and the civil rights movement studying folk music; blues, gospel and protest songs, than I was from my Mississippi public school education. The Staples Singers’ message influenced me and helped me form my identity as a freedom rocker. I wanted to keep on marching and break free of history to help create a peaceful reality. The effect The Staples Singers had on this young kid from Mississippi, decades later, proves the transcendental power and purpose of folk music. I would have never written ‘Living Free’ [another track from Up and Rolling] without the Staples example of singing what one believes to be true and leading by example.”

North Mississippi Allstars’ new version of the song stays true to the song’s original style while giving it with what Luther calls “the sound of modern Mississippi.” Luther and company add their own touch of funky riffs, organs, and colorful percussion on top of Staples’ singing, which is simply as beautiful as the original.

Check out the single and tracklist for Up And Coming below. North Mississippi Allstars will also be on tour this fall, stopping by World Cafe Live on November 14th; tickets and more information can be found at the XPN Concert Calendar.