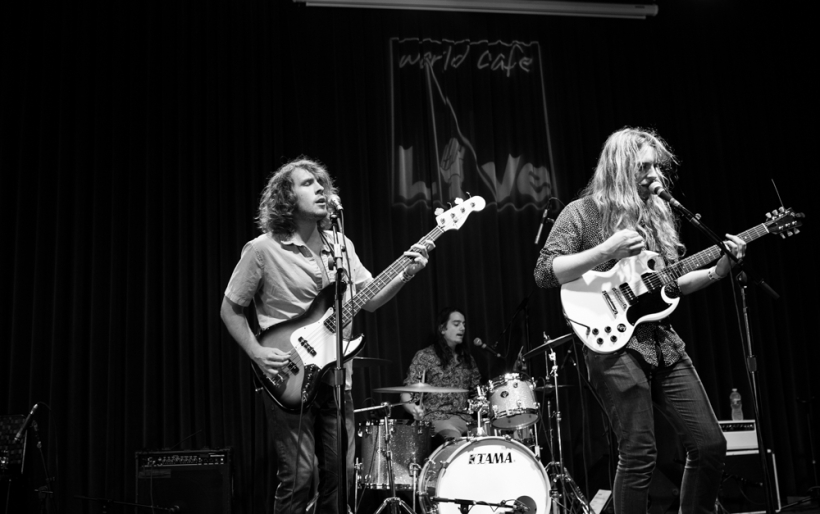 Jeepers creepers is right! Philly psychedelic rock band Slomo Sapiens is back on the scene with an ominous new single. On June 13th, the band released song “Jeepers Creepers” in anticipation for their upcoming album Cabin Fever Dreams. Despite Cabin Fever Dreams being the band’s debut, they are not so new to the music scene. Since 2017, the band has released two EPs Fishtown Tapes and Hot Milk as well as single “Fangs.”

If you’re looking for a band with crisp, pristine vocals, Slomo Sapiens is not your cup of tea, but if you seek distorted vocals and brash guitar, you have met your match. This new single is much more sludge leaning than tracks on the band’s older EPs, but it still has the same psych-garage sound typical of the group. On “Jeepers Creepers” Slomo Sapiens come across as more distorted, east coast version of Ty Segall.

On the track, the group appears to be in Halloween mode, singing “Nothing sweeter, I’m a trick or treater and I got a lot up my sleeve. Obey or deceive.” Very fitting for a track called “Jeepers Creepers.” Take a listen below, and keep an eye on Slomo Sapiens’ Facebook page for gig announcements.