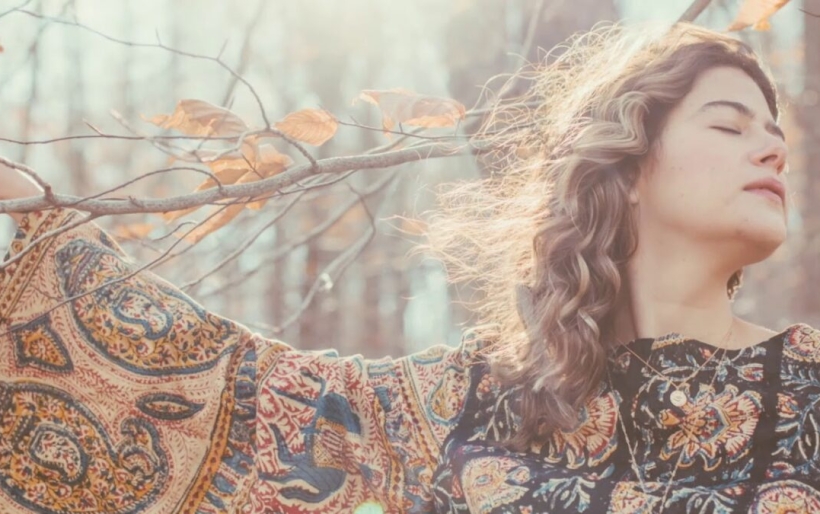 Regionally-rooted folk duo Native Harrow offered a response to listeners that are tired of sad songs in the title track to their new album Happier Now. In an interview with Folk Radio UK, singer-songwriter and guitarist Devin Tuel defends her decision not to make “feel-good” music and cites her age as a reason she has learned to stop people pleasing. If she wanted to, she could make happy music, but she likes tackling subjects that might disconcert her, or upset her head on.

While her explanation might seem hyper specific, the song and its lyrics are open enough to be capable of resonating with a lot of people. Without context, it is a song for anyone that has decided to ignore the opinions of others to find peace within themselves.

This week, Native Harrow released a new music video for the track fits well with its carefree nature. Tuel moves gracefully throughout a wooded area with a lake and forest. She wears a bohemian style dress with flared sleeves and dances elegantly throughout, making use of her formal ballet training. Native Harrow credits Maya Oren as filming, editing, and directing the piece; watch it below, and get information on the band’s upcoming concerts — July 13th at Forest and Main in Ambler, August 13th at Eagleville Town Center’s free concert series — at the band’s Facebook page.