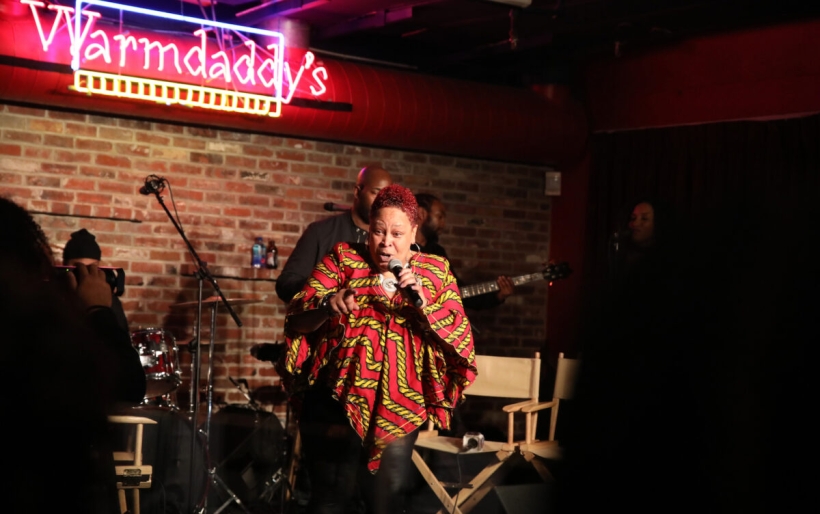 Lady Alma, Philadelphia’s First Lady of House Music, put out Twilight on Friday morning, a collaboration with producer Mark de Clive-Lowe and her first full-length release in ten years. The album is packed with punchy vocal performances and colorful, buoyant instrumentals, amounting to some of her most memorable recent work.

Since the 1990s, the singer (born Alma Horton and raised in Philadelphia) has contributed vocals to deep house cuts from producers like 4Hero, Yukihiro Fukutomi and Philadelphia’s King Britt. She rose to stardom while performing at the Black Lily showcases that took place at the The Five Spot in the early 2000s — a concert series hosted by Jazzyfatnastees that uplifted a diversity of talented women artists, including Jill Scott, Floetry, and Jaguar Wright. Alma’s previous full-length releases were Call Him with Restless Soul in 2009 and Lady Alma Live (released as Lady Alma and the Black Tie Affair) in 2012.

On Twilight, Lady Alma brings more of her stunning vocals to nine lively tracks produced by Los Angeles’ Mark de Clive-Lowe, who previously established himself on the broken beat scene in London in the 2000s. de Clive-Lowe supplies a sweet mix of straightedge electronic drum sounds and earthy samples to Alma’s songs about relieving pressure, accepting love, and keeping God on her side. Synths and classic keyboard sounds build rich textures on top of lush R&B progressions as Alma weaves her melodies in and out. The mix is bright and never too heavy, leaving room for new vocal or synth clips to burst through at any moment. “Twilight”, the title track and an album standout, features some striking applications of reverb and spatialization; “Far Away” presents one of Lady Alma’s most potent vocal performances and some of the record’s tightest drum programming. Excepting the half-time jam “Gotta Be A Way”, the album maintains a fast pace from start to finish, and Alma remains unflappable.

Lady Alma will perform on August 17th at House at the Lake in Bordentown, NJ. Twilight came out on Friday on Mashibeats.