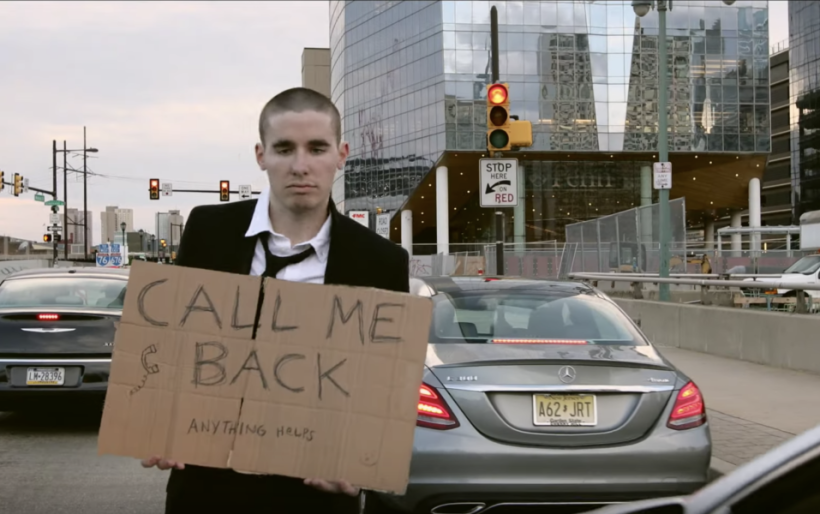 Slaughter Beach, Dog begs for a call back in new “Heart Attack” video

Earlier this year, Slaughter Beach, Dog shared two singles, “One Down” and “Good Ones”, from their upcoming album Safe and Also No Fear. They’ve now shared a third track, “Heart Attack”, along with a music video starring Marietta drummer Andrew Weigel.

Weigel plays a man who goes about his day in a peculiar way: waking up and showering in his suit, then stuffing doughnuts into the pockets for breakfast. As he performs his daily tasks, he constantly checks his early 2000s flip phone for messages. Unfortunately for him, it always says “NO MISSED CALLS”. The character drives himself into a fit of anxiety waiting for a call back. There’s even a scene where he spray paints “call me back” on the fence that reads “Birdie”, the same image from the cover of Slaughter Beach, Dog’s 2017 album — a very clever SBD touch.