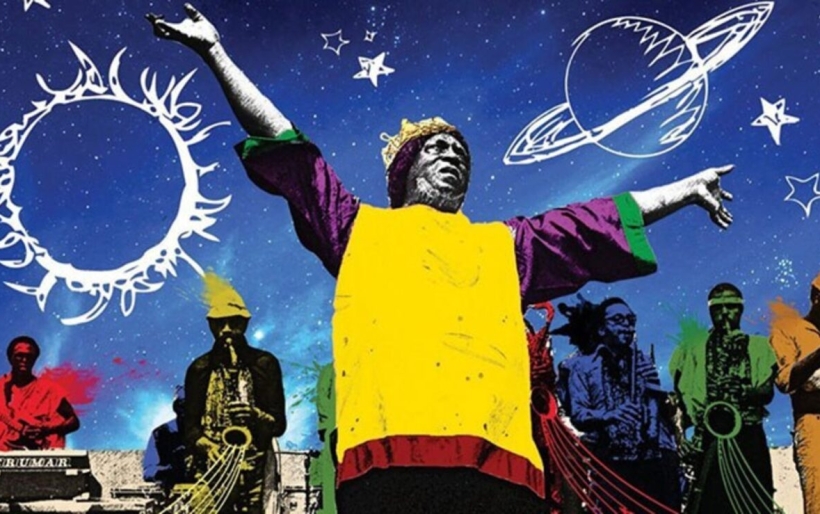 The documentary Sun Ra: A Joyful Noise famously features a sky-high concert on the roof of Philadelphia’s International House on Chestnut Street. This fall, the film and its filmmaker return to the place it was shot for an outdoor community screening on September 27th.

In 1980, director Robert Mugge produced a project about one of the pioneers of free jazz, Herman Pool Blount, better known as Sun Ra. Mugge and Sun Ra worked together on the project for a long time, documenting his journey from Baltimore to Philadelphia. It is a highly personal documentary and it deeply dives into Sun Ra’s mind, showing his feelings and philosophy in extensive interviews. The film shows scenes of Sun Ra inside of the Egyptian Section of the Penn Museum, his home in the Germantown section of Philadelphia, and that rooftop concert at the International House. There are  also scenes of him performing in venues and sharing his philosophies in different locations.

Though he is revered today, Sun Ra was a controversial musician in his time. While some considered him to be an inspiration, others did not even understand if he was serious. This was because of the different costumes his Arkestra would wear, and how much of the music had no form. At that time it was very uncommon to hear miscellaneous noise instead of a format like Thelonious Monk or Charlie Parker. His music seemed to go everywhere in a sense. He believed that he was a spiritual being and was separate from  “the people of Earth.” He calls himself a spiritual being, and his music is supposedly a communication with space. You will see a lot of this theme throughout the documentary.

Sun Ra passed away on May 30, 1993, however his legacy lives on as the Arkestra is still performing. They are now led by one of the original members Marshall Allen, who just celebrated his 95th birthday with a headlining show at Union Transfer.

Sun Ra: A Joyful Noise will be screened outdoors at The International House during a free event presented by CinéSPEAK, a local nonprofit that makes connections between independent film, particularly under-represented voices in film, and community groups and activism. Robert Mugge will be in attendance, and will take part in a pre-screening conversation with Philadelphia writer John Morrison. The event is free, but attendees must RSVP, and can do that here.