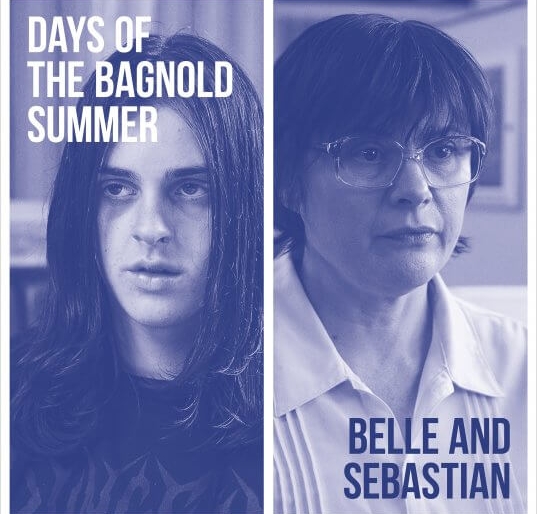 Days of the Bagnold Summer began as a graphic novel written by Joff Winterhart in 2012. It was recently turned into a forthcoming feature film, for which alternative folk-pop group Belle and Sebastian wrote the soundtrack. Containing 11 new songs and two re-recorded ones (“Get Me Away From Here I’m Dying”; “I Know Where the Summer Goes”), the album will be released on September 13th via Matador Records.

As of now, Belle and Sebastian have shared the single “Sister Buddha.” It has a definitive coming-of-age vibe, which is appropriate for the storyline of the film. “A teenager spends his summer listening to heavy metal music and trying to get along with his librarian mom,” the movie’s IMDb page reads. The song is uptempo and cheery, with a toe-tapping guitar melody and sweet embellishments of horns and tambourine — perfect for an upswing in the movie’s plot.

In working with the band, Director Simon Bird really wanted “Get Me Away From Here I’m Dying” from 1996’s If You’re Feeling Sinister to be included in the soundtrack, as Belle and Sebastian frontman Stuart Murdoch said in a press release. Bird is evidently a big fan of the group.

Watch the official music video for “Sister Buddha”, directed by Murdoch himself. Belle and Sebastian will play a sold out show at Union Transfer on Friday, July 12th.