Listen to the first single from Queen of Jeans' new album If you're not afraid, I'm not afraid - WXPN 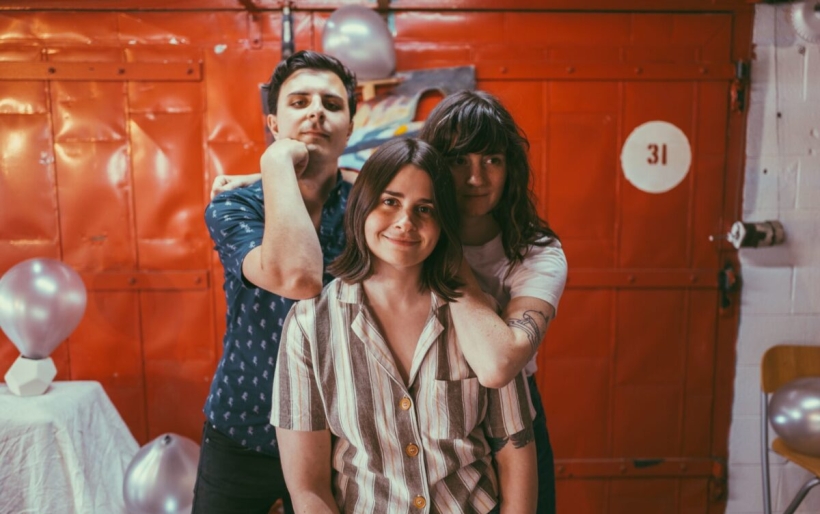 Queen of Jeans | photo by Bob Sweeney | courtesy of the artist

Listen to the first single from Queen of Jeans’ new album If you’re not afraid, I’m not afraid

Philly trio Queen of Jeans just announced that their new record If you’re not afraid, I’m not afraid, will be released August 23 via Topshelf Records. The lead single “Get Lost” is out now, and its accompanying video explores what it’s like when you just need to smash something with a baseball bat.

An exercise in vulnerability, “Get Lost” is a delicate song that builds into pure catharsis as vocalist and songwriter Miriam Devora confronts her emotions after losing her mother. In the Bob Sweeney-directed video, Devora is joined by her bandmates, guitarist Mattie Glass and drummer Patrick Wall, to find strength in her bottled-up grief and anger.

Devora shared the following in a press release.

“Writing this song was a necessary cathartic exercise, a kind of self check-in,” Miri explains. “In a way, I was trying to coach myself into recognizing that it was alright for me to feel that way. It was an exercise in abandoning the inherent social ideas that if you aren’t fun and outgoing, you’re a bore or a drag. That if you aren’t strong and well put together all of the time, you’re not dependable.

‘Get Lost’ became my personal anthem during a time when I needed some sort of reassurance that I wasn’t a waste. It helped me process a very real and isolating experience of grief, and turn it into a positive and somewhat humorous interpretation of self-care. Life is messy, and happiness is not always guaranteed. Sometimes allowing yourself to recognize what you perceive to be your shortcomings and owning them can set you free from emotional prison.

My hope is that openly sharing my story and expressing myself through my vulnerabilities will help others that might feel lost right now, and that it might also help them find the strength in themselves to listen to and embrace their own stories, while also opening up and finding common ground with those around them.”

Watch the video below and catch Queen of Jeans on tour with The Menzingers next Friday, July 19 at the Chameleon Club in Lancaster. They’ll return to Philly for a record release show at Boot & Saddle on September 6. Find more info on the XPN Concert Calendar.