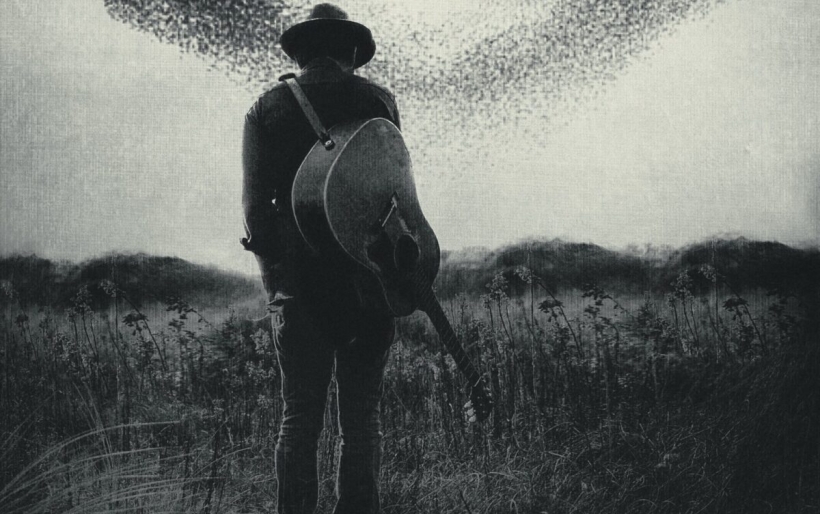 Singer-songwriter Gregory Alan Isakov has seen a lot of recent success with his latest album, Evening Machine, reaching #1 on Billboard’s Folk and Americana charts. As he heads out on tour in support of it, he released a new music video for one of the songs off of the album.

Shot in widescreen with a vintage style title sequence and a grainy filter, “Southern Star” is set in a glamorous Boston estate with grand staircases, elaborate wall molding, and a massive chandelier. Looking quite out of place, Isakov strums his guitar wearing a brimmed hat, a t-shirt, and jeans. He sings into a nearby mic accompanied by band members playing their respective instruments. At one point, his percussionist is seen vigorously hitting the drums alone at the center of the staircase. “Southern Star” is understated drama at its peak.

“Southern Star” is a byproduct of a writing exercise. Isakov bought books from the dollar bin at a bookstore and picked words from them to help brainstorm. His lyricism is poetic and put to a theatrical folk-pop sound. He is accompanied by roaring drums, and dramatic string instruments as he sings, “O my drunken southern star / how you tried to hide in darkness slipped from orbit / now you’re dangerously close.”

Hear Gregory Alan Isakov perform this month at the XPoNential Music Festival at Wiggins Park on 7/28. Tickets and more information can be found here.