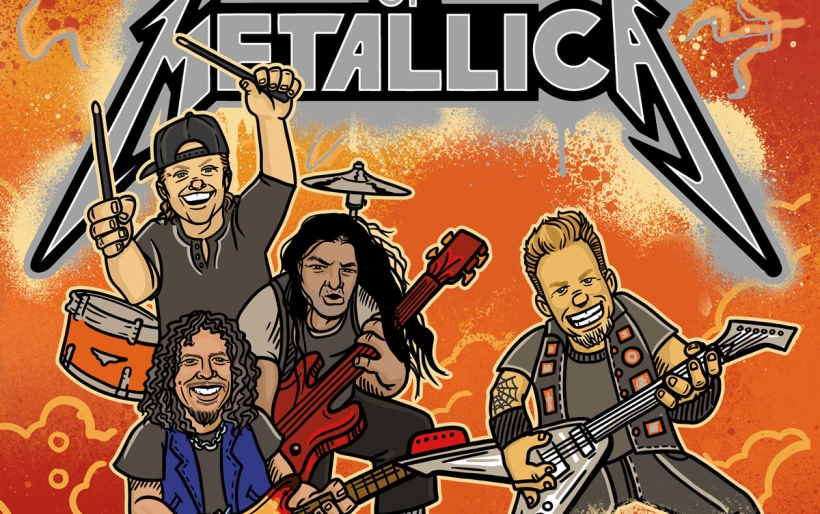 Yes, Metallica has announced casual plans for an upcoming album, but fans can expect another unconventional project from the metal heroes: in late November, Metallica is creating a children’s book. (No that is not a typo.)

It’s called The ABCs of Metallica, and according to a statement on the band’s website, the book looks at the history of the group from A to Z with some fun facts thrown in along the way.

The ABCs of Metallica is co-written by Howie Abrams, known for his hip-hop children’s book and music-related adult books. It is illustrated by Michael “Kaves” McLeer, who formerly collaborated with the band on their Obey Your Master exhibit.

The book is available for preorder on Metallica’s website with an official release date of November 26th. Part of the proceeds from the book sales will be donated to All Within My Hands, an organization created by the band to tackle hunger and workforce education.