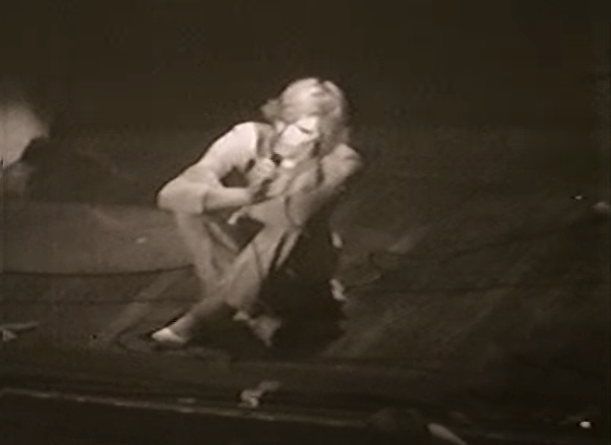 In July of 1974, David Bowie took over the Tower Theater for an unconventional week-long stint of performances. The iconic glam rocker played the Upper Darby venue, known for its unique acoustics, every night from July 8th through the 12th. These shows served as the source material for Bowie’s first concert album, David Live.

David Live was not the most critically successful of Bowie’s releases — Robert Christgau of Village Voice gave it a C-, while Rolling Stone‘s Tom Nolan used phrases like “one-dimensional,” “thinness,” and “flaccidity” — and there were major difficulties in the making of it. Before Bowie took the stage, his band reportedly threatened to leave due to inadequate pay and short notice that the concert would be recorded. In post-production, backing vocals had to be re-recorded “due to loss of theatre mike contact.” David Bowie himself even claimed he never listened to the album; in a Melody Maker interview from 1977, he said “David Live was the final death of Ziggy… And that photo on the cover. My God, it looks like I’ve just stepped out of the grave. That’s actually how I felt. That record should have been called ‘David Bowie Is Alive and Well and Living Only in Theory.”

Despite the inability for David Live to live up to the expectations of many, it kickstarted Bowie’s love for Philadelphia.

After this weeklong stint, Bowie decided to return to the city of brotherly love. In August, he stepped into Sigma Sound Studios to record the majority of his album, Young Americans. Bowie devotees began to congregate outside of the studio, forging a decades-long love between who Bowie termed “the Sigma Kids” and the artist himself. After recording at Sigma, David Bowie even changed the name of the remaining portion of his tour from Diamond Dogs to Philly Dogs.

Below, listen to a track from David Live and watch Bowie’s June 12th performance of “Rock and Roll Suicide,” the closing track for his Diamond Dogs tour setlist. This stripped-down performance features Bowie crosslegged seated on the Tower Theater stage. You can also see a performance of “The Jean Genie” from that same show.