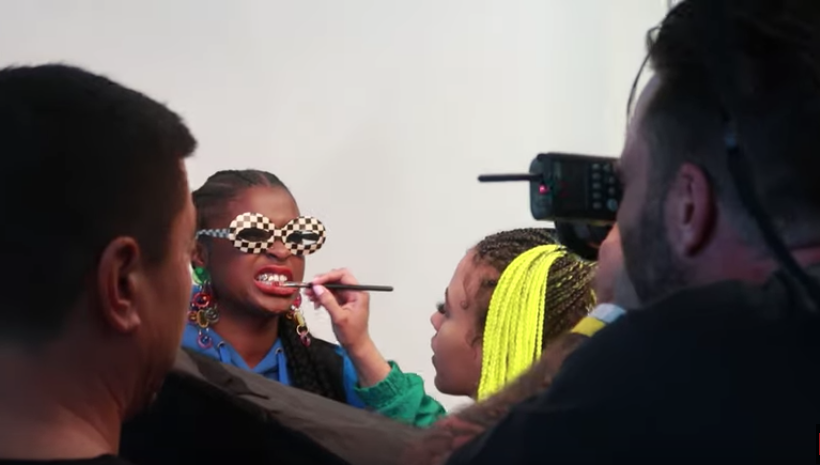 Back in March, many rising rap artists developed earnest pitches as to why they should be the next member of XXL’s Freshman Class. Philly’s Tierra Whack was not one of those artists. For her video, she chomped on potato chips looking unbothered in an all-cheetah print outfit, down to her shades and earnings. Naturally, she was selected as one of XXL Magazine’s 2019 Freshman.

While that might be weird for other artists, Whack is all about breaking conventions. Whack World would have had the same impact if it did not consist of minute-long songs and elaborate visuals. The whole chip incident very much fit Whack’s schtick.  In her XXL Freshman Interview and ABCs, she did not shy away from this aspect of her lore as an artist.

“When somebody’s trying to put you onto a new artist, nobody feels like sitting through a three, four-minute song. I did what I had to do in 60 seconds to prove that people should listen to me. It was just something new, something fresh. It’s different, innovative. I think everybody wanted and needed something new, so they appreciate it.”

In the past year, Tierra Whack has sprung from a locally known sensation to one of the biggest artists in rap. Cardi B just gave Whack an Instagram shoutout amongst other underrated artists that are “rapping their a**es off.” It’s a big year for Whack and this is just the tip of the iceberg. She was even featured on the soundtrack for the live-action remake of The Lion King, which initially might sound like an unimpressive feat until you realize it was curated by Queen Bey herself.

“Me making [the 2019 XXL Freshman Class] is so important because it lets me know that I am making some noise. It’s just cool to just be recognized. There’s still so many people that I’ve had for years and years down the line who wanted this for me every year. For me to finally get it is really cool.”

Tierra Whack is unconventional in just about every aspect of her life. While it is customary for XXL freshman to indulge in a freestyle prior to a larger cypher with other members of the class, Tierra Whack did not do that. While her reasons remain unclear, she made up for it with an Instagram post. While he might have some hometown bias, Meek Mill responded to the video by calling Whack “the best female rapper in the world” on Twitter. The clip was even reposted by Will Smith (although it might have been a result of some solicitation on Whack’s part).

“I’m from Philly, North Philly to be exact. And I just think Philly just gives me that raw edge. Like, we just do us.”

Tierra Whack’s XXL profile videos offered just a glimpse at why she is such a valuable artist in music today. It’s rare for a woman in rap to be so openly praised for her lyrical ability as well as her elaborate visuals. For the upcoming cypher, keep tabs on the XXL youtube page and Whack’s social media.