Dave Hause, Democracy, Brotherly Love and You: The Roxborough native arrives at XPNFest with a Kick - WXPN 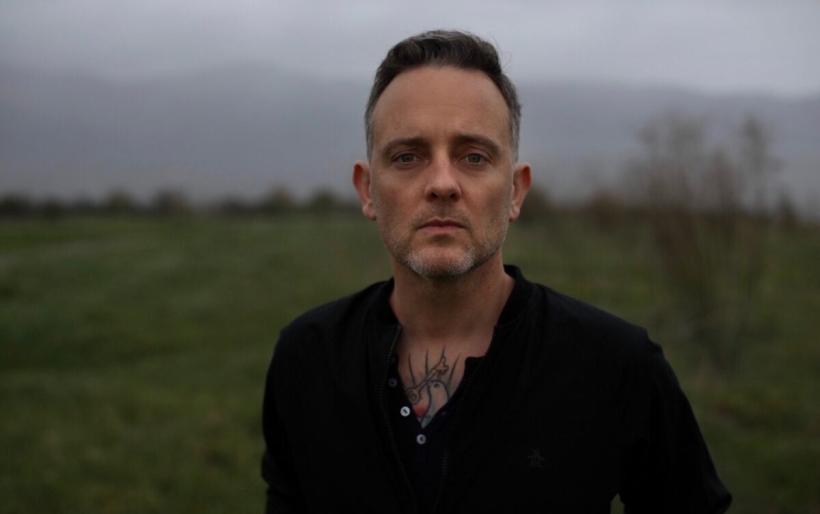 Dave Hause, Democracy, Brotherly Love and You: The Roxborough native arrives at XPNFest with a Kick

When Dave Hause talks about his past home life near Philly, his new home life near Santa Barbara, his present, his future, his family and his politics, the Roxborough native does so in a sharply direct, yet convivial fashion. He’s like a high school debate team captain who’s also pleased to be his team’s QB. This weekend, Hause and The Mermaid tackle Wiggins Park’s Sunday schedule for XPNFest 2019.

The last time we spoke, Hause – the hardcore youth-turned-garage-land Springsteen-Petty – was just releasing his watershed Bury Me in Philly weeks after Trump’s inauguration, and was still reeling from the feelings he had about the country he thought he knew, and the coast he was making his own, with a song line that went “Can I move to California and keep my head held high?”

“That was a loaded question, as I miss Philly – though I’m there often,” says Hause. “But my wife just had twins, it’s one of the most expensive parts of America to live, and I love the culture out there. The new wrinkle of two twin boys meant being on the road more. I can never see my family enough.”

Once at Bury Me in Philly, Hause’s melodies (and those of his brother, Timothy) became clearer and more striking than in his past, and its lyrics more poetic, yet precise and sniper-like. Now, in 2019, Hause has released the still-melodious, but blunter Kick, which too seems to come to grips with where we are socially and politically in America, as well as relating to the concept of overall well-being, literal and figurative. On “The Ditch,” penned by Tim Hause, Dave sings that “If I can’t make it out of this ditch, I better make a home of it.”

Is that line looking for the civil middle ground in the tumult that is all things 21st Century Trump-ian, or does it stretch far into that of the Hause family psyche and personal anxiety? “For me, it’s about a broader sensibility, and has a lot to do with mental illness,” said Hause. “When you come to reckon with, not only the country you live in, but the set of circumstances, mentally that we exist in, you realize just how you’re wired. I’m wired to be anxious. I’m wired to be depressed. I’m wired, perhaps, to be manic or bipolar.”

The Hauses – both Dave and Tim – are interested, then, in finding a new normal with the cards we get dealt on “The Ditch” and other Kick songs. Anyone can attach their troubles, joys, highs and lows to what’s being sung and strummed. “We have to figure have to live with who-knows-what’s-going-on, as well as the anxious brain that is me.”

Hause goes on, here, discussing his post-election trauma, starting with “getting pummeled” at the voting booths to seeing the mess we live in, presently. He thought 2016 would be smooth sailing with a Hillary Clinton victory all the way. “Foolishly, I put up a picture with my wife on social media, with the caption ‘just voted for the first female President… feels great,’ only to be pummeled by the results, up through to the present day.”

As a man, and as a punk rocker, coming to grips with an Obama-less world (“I had my critiques of the guy, but overall thought we were in good shape”) was a rough slog to get through, especially when coming to the next album. “How are we going to get through this?” What they (the two Hauses and The Mermaid, his Heartbreakers-like ensemble) did was fight – not themselves, but the world and the complacency that was setting like a sun over America. “That fight leads with compassion, being sensible and holding on to the people you love and the ideals I thought had already shaped our society.”

Instead of drowning in a sea of negativity and malaise, you Kick, you bring order to that which is out of order. That’s the Hause way.

Currently on tour with Bad Religion, Hause is running roughshod over Red State America, a place that gives him push back every once in a while to anti-Republican moments such as “Dirty Fucker.”

“We get blow-back when we do, that song live, sometimes,” says Hause. “I just didn’t realize how racist we had become, or how little we cared for the poor and women. Even when I touched upon Republicans during my time in Philadelphia, the people that I knew were never acutely anti human. They were regular people who had screwy ideas. I didn’t realize how rich, white and old the rotten framework of America had gotten. That was eye-opening.”

Kick is not about all that political distress. Hause doesn’t even bother with social media by this point, as he can’t continue to watch the world circle the drain. Instead, his new album is more about being human in an inhuman world, finding humanity in that Leonard Cohen-like sluice where the light creeps in.

“Strap the guitar on, let’s play shows, and be a good husband, father, brother –  all things that define humanity  – that’s what you do,” he said.

Talking about Dave’s brother, Tim, on albums that bear the mark of his work (such as Kick) is particularly poignant for the guitarist. Used to writing his own material, this newer model Hause shares co-penning duties with his younger brother, or often just takes Tim’s tunes wholesale.

The pair are different enough (Dave is Tim’s elder by 12 years), to have an opposites-attract vibe and a yin and yang. “Here’s the thing: Tim came out with me in 2014 on a 10-week tour, as he was disillusioned with Temple University. He didn’t know what he wanted to do anymore. I told him he could come, play some keys, a little guitar, do some load in, learn how this whole thing works. He very quickly made himself integral to the operation, and musically was such an add, that philosophically, I was intrigued. If he had these good instincts, musically, let’s tease this out further.”

As Hause finds himself moving away from lone gun solo mentality (unless he bills himself that way, as a sololist, which he will soon, acoustically, after this next set of post-XPoNential dates), he is becoming one with literal group think. Mention to him that I hear his Mermaid as part of the grand tradition of bands such as Tom Petty’s stalwart, cohesive Heartbreakers, and he laughs considering its constant personnel changes. “That’s nothing I have done consciously, just something that luckily keeps coming together,” Hause says. “Tim is certainly a part of that, though, maybe the next time I go out acoustically – a sound that the ‘XPN crowd knows me for  – I’d love to bring my brother out.”

As the elder brother was getting to Bury Me in Philly, Dave presented a handful of unfinished songs to Tim who brought his input to bear, be it finishing and bettering those old, lost tunes. When they got to recording Kick, after touring together for so long, Dave just let Tim loose, and co-write the album entirely. “We’re different enough that he’ll pull me out of my ‘unwritten rules of punk’ – which I get stuck on sometimes – and goes for that great poppy chorus,” Hause says. “What should I care if something holds to some dumb rule or not? That’s his thing, how he pushes me forward. That’s his unique perspective.”

The younger Hause didn’t grow up playing in bars and VFW halls; his first gig was with their father and his buddies, doing Beatles and Stones covers. “He was playing with a bunch of 50 year olds while he was only 14,” says Hause. “He’s more about that framework than the history of punk, which, I think now can get in the way. For him, punk is the Blessed Souls and Alkaline Trio. To me, those are the new bands – I’m all about Minor Threat and Bad Brains. He’s getting me away from that.”

Dave Hause and the Mermaid play the XPoNential Music Festival on Sunday, July 28th. Tickets and more information can be found at the XPN Concert Calendar.