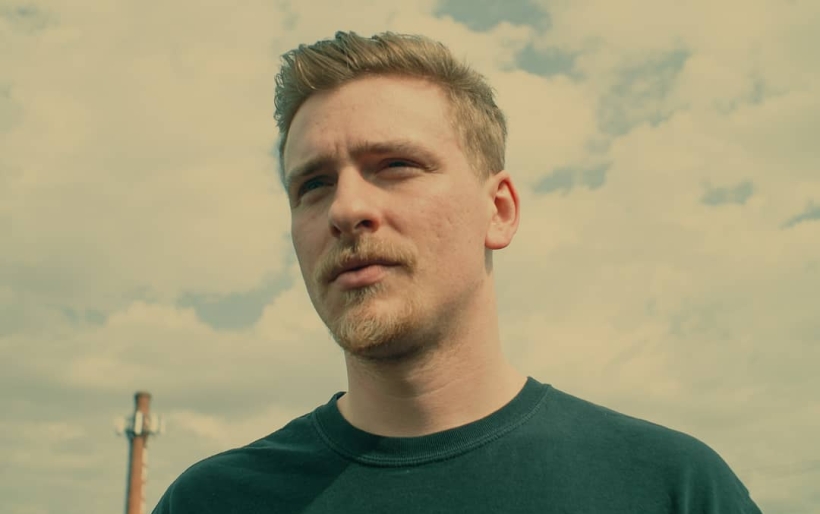 Emmett Drueding | photo by Bob Sweeney | courtesy of the artist

Philly-based guitarist and songwriter Emmett Drueding has released his second single of 2019, called “It Is (What It Is)”. The song, as well as “Drunk Whiskey Boy” that he shared a few months ago, will be a part of his first full LP Tightrope Walker, due for release this fall.

“It Is (What It Is)” is a jazzy folk tune that tells a story about coming home after spending time in war, Drueding explained in a press release. He sings about how the character is “trying to push circles into squares,” having a difficult time fitting in where he used to.

“The song is from the perspective of someone who is crying out to be heard and is neurotically self-aware,” Drueding said. “So the music is disjointed and jerky.” This can be heard in the somewhat chaotic nature of the track’s melody, but the it irons itself out towards the end, almost like the character himself reaches a resolution.

Joining Drueding on “It Is (What It Is)” is a host of talented local musicians, such as jazz pianist Reverend Chris, singer-songwriter PB Atom on backup vocals and ukulele, Jim Hamilton on percussion, Ray Bailey on upbright bass, and Miles Ziskind on drums.

Drueding will play an album release show at Rittenhouse Soundworks on September 22nd, as well as a single release show at Mermaid Inn on July 25th. Find ticket information for the latter here and listen to “It Is (What It Is) below.