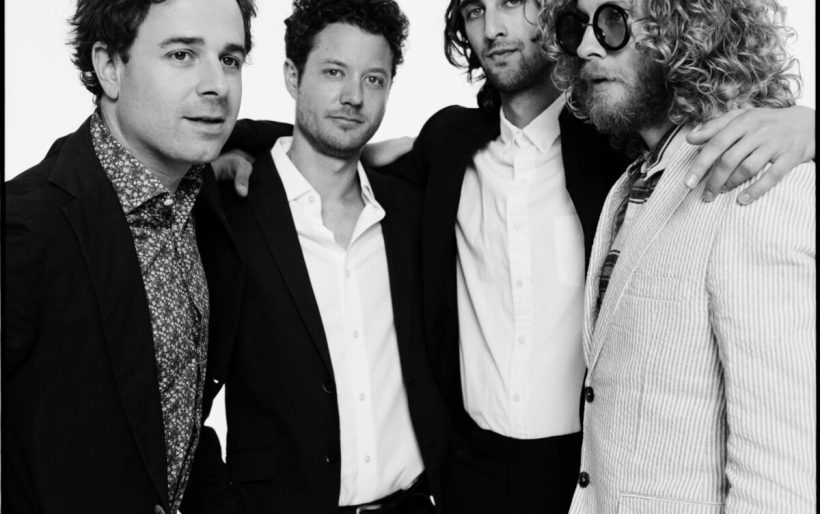 Dawes | photo by Clara Balzary | courtesy of the artist

Dawes broke into the music scene 10 years ago with their debut album North Hills. The rookie LP was critically acclaimed and brought attention to the group, fueling the creation of their equally-as-fantastic sophomore effort, Nothing is Wrong, in 2011. Four full-length albums later, Dawes has made a name for themselves, currently touring in promotion of their latest record Passwords. In celebration of the album that started it all, the band is releasing North Hills: 10th Anniversary Edition on September 6th via ATO Records.

The reissue will be a deluxe vinyl package, including two translucent red LPs of the original North Hills and a 7″ vinyl with two unreleased b-sides, “All My Failures” and “Wilderness”. In a press release, lead singer and guitarist Taylor Goldsmith spoke on why the band is sharing these never-before-heard tracks:

“We figured at the time that ‘Wilderness’ and ‘All My Failures’ didn’t fit with the rest of the tunes, but now it’s hard to remember why we thought that. Listening back now, these recordings of these songs seem to share the same North Hills DNA as the original 11 and it feels good to get them out into the world.”

The deluxe package will also include an original 2009 promo poster, new artwork, and a digital download. You can preorder North Hills: 10th Anniversary Editionhere.