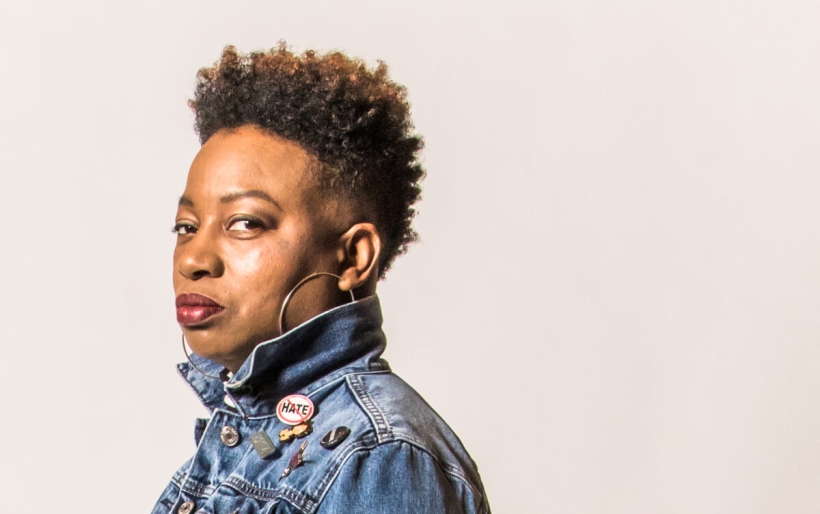 Local rap legend Bahamadia has been involved in Philly’s hip-hop scene for decades, arguably as a key component. Her debut album Kollage came in 1996, and since then, she’s inspired and influenced countless rappers who’ve come after her. She’s been featured with The Roots, Erykha Badu, and more, and she’s still moving and shaking. Last we heard from Bahamadia, she followed up her phone-created project Dialed Up with a sequel, and teased new music in a Key Studio Session. It’s been a while since we had a full-length studio album from the accomplished MC, but don’t worry. She’s been working on her highly anticipated album HERE, and she just shared her new single “We Here”, along with an accompanying music video.

“We Here” is an anthem for women in hip-hop, and — quite frankly — for women everywhere. Bahamadia makes a powerful statement about gender equality in the track, encouraging everyone to make changes in the way we think about societal standards. The video features Bahamadia in Philly, rapping and highlighting key phrases of her rhymes. It also pays homage to significant women in hip-hop, such as Salt n’ Pepa, Queen Latifah, Sa-Roc, Chika, and more.

“This is the official anthem for women of the authentic B-Girl aesthetic in the Hip-Hop movement/culture,” Bahamadia said. “It is a celebratory tribute to the diversity of women who’ve existed, contributed to and maintained the pulse of industry and art associated with culture of all disciplines.”

Bahamadia’s forthcoming record HERE is set for release this fall via B-Girl Records. For now, check out her “We Here” music video below.