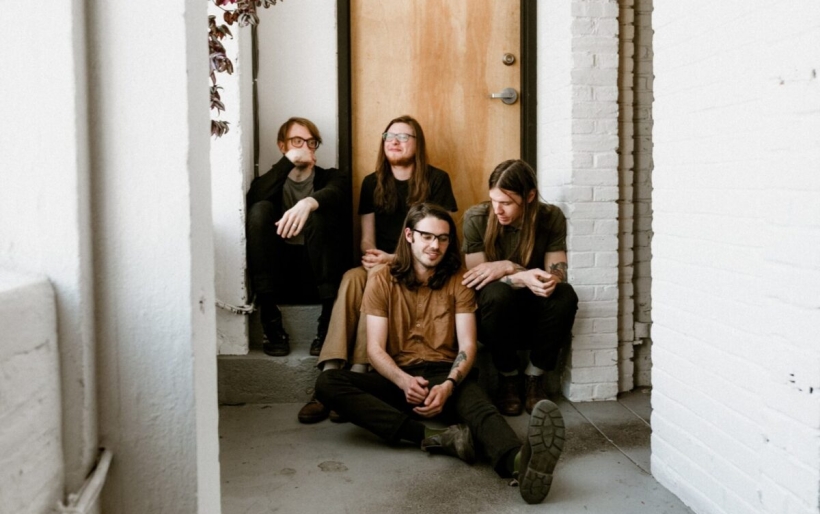 When the beloved local band Modern Baseball dissolved two years ago, frontman Jake Ewald’s occasional side project Slaughter Beach, Dog became his main gig, and the project’s rise came with a built-in fanbase of MoBo devotees. But with the release of Slaughter Beach, Dog’s third album, Safe And Also No Fear, this Friday, Ewald taken a bigger leap beyond the emo and pop-punk that defined his old band, and this time it feels like he’s cemented the project as its own fully-established band — and one that’s going to stick around for awhile.

The FADER has given us an early stream of Safe And Also No Fear before it’s officially released on Friday, and talked to Ewald about the new record. Along with an acoustic guitar-driven, folksy sound, the songs on the record follow the folk tradition of storytelling, as Ewald moves away from writing about himself and instead interprets his experiences and anxieties through the fictionalized journeys of his songs’ protagonists. “Because it wasn’t about me,” he shared in the interview, “I was able to empathize with these different characters that were all experiencing the same thing, as opposed to fine-tuning and trying to build one perfect narrative story that perfectly illustrates a feeling.”

Listen to Safe And Also No Fear in full below. Slaughter Beach, Dog celebrates the record release with a show at the First Unitarian on September 21. Find tickets and more information on the XPN Concert Calendar.