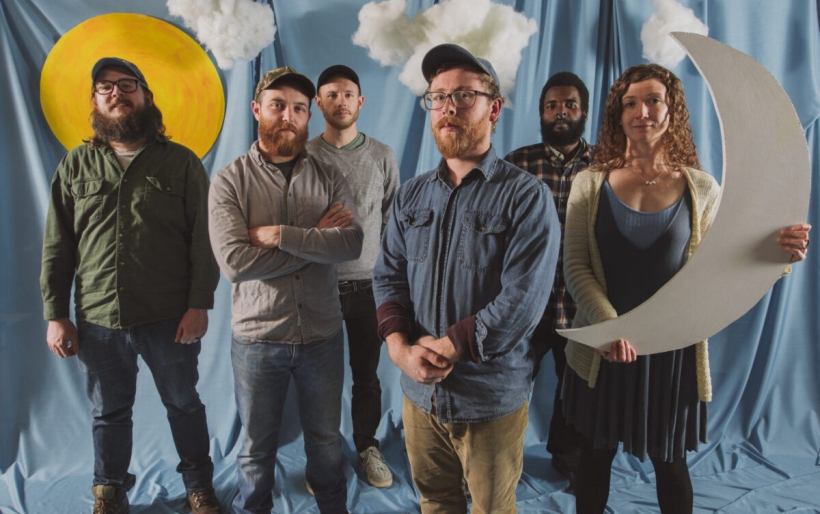 Circadian Rhythms | courtesy of the band

On October 31, 2005, Halloween, my friend Justin and I set out for an evening of fun and NOT drug-enhanced adventure in Northeast Philly. On that crisp autumn evening, we made our way to a jam session in the city’s Fox Chase section. Carrying my Roland JP-8000 synthesizer under my arm, we made our way to the basement of my future friend and bandmate Mike Eckstrom’s house. I spent the next few hours in that basement, meeting new faces, talking shit and doing my best Brian Eno impression on keys. Someone was supposed to be recording that night but I’m not sure if anyone did. 15 years later, what I recall of the sound we made that night is close to what you’d expect from a group of young people — many of whom had just met each other — attempting to play coherent music together.

Taking a smoke break outside, Chris Clark, one of the kids present at the jam, invited me to his car to listen to his new band that he and a few childhood friends had started. We sat in the car as he played me a rough recording of their first rehearsal. From what I remember, the music was sparse, nimble and little bluesy. “Yo, I like this a lot,” I said, because I did. Chris informed me the band’s name was Circadian Rhythms.

In the 15 years since that night, I’ve had the pleasure of watching the core group of friends that founded the band — Mike, Chris, Jim Mueller, and Harry Murtha — grow as men and as musicians. Over the past decade and a half, the band has expanded to include bassist Yehonathan Bostick and violinist Jessica Tucci. Throughout their six official releases (not counting stuff like the 40-minute free-jazz freakout Fuzzy Antarctica CD-R that circulated amongst our friend group), the band achieved an impressive stylistic breadth. Circadian Rhythms created a unique sound that touched on everything from floating, baroque psychedelia to the longing romanticism of Surf’s Up-era Beach Boys, all wrapped up in a glowing body of Brill Building-style pop-Americana.

On July 12 of this year, the band announced on Facebook that their next show would be their last. After a decade and a half of performing, recording and releasing music together, Circadian Rhythms are effectively calling it quits. A far cry from the typical beef and interpersonal strife that has broken up many a rock band before them, for Circadian Rhythms it is marriage, children, new jobs, relocation and all of the sweet and unexpected turns of life that come with adulthood that are calling its members to move on.

“It’s all kind of just a natural thing. No negativity involved with it,” guitarist / singer James Mueller explains. “Harry is moving out to Stroudsburg with his wife. She’s going to grad school out there. I’m about to start grad school, have an almost one-year-old. Chris is working on a career change into the cooking world. Just life changes.”

On August 15, Yarga, formerly known as Pilam, (the notorious “alt-frat house” that has hosted DIY events on Penn’s campus for decades) will host the final Circadian Rhythms performance. Sharing the bill with Floral Prints, Zapf Dingbats and They Are Gutting a Body of Water, the show is sure to be a bittersweet moment for those who know the band and their music. As sad as I am to see them go, I’m grateful that on August 15, I’ll have a chance to cheer proudly as my friends take the stage one last time.