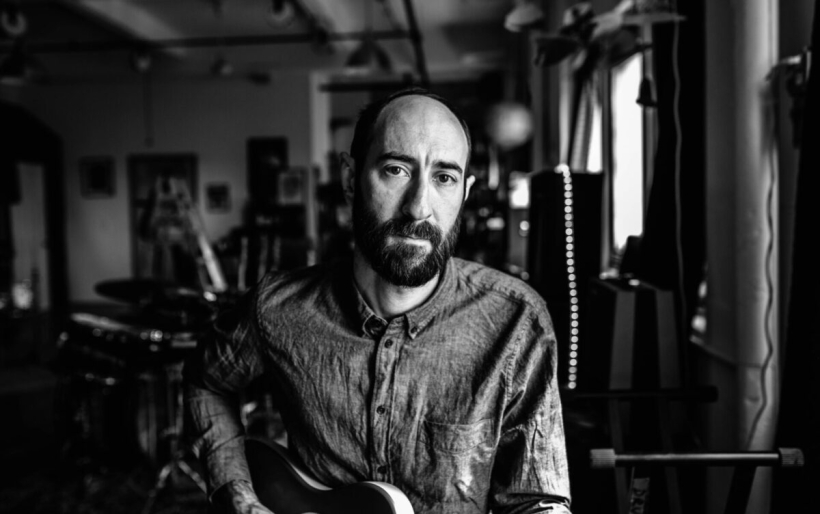 Gianmarco Cilli | photo by Tammy Bradshaw | courtesy of the artist

Gianmarco Cilli searches for lost love in “The Flood”

By Ian Hranilovich
August 07, 2019
11:08 AM
Share
Gianmarco Cilli | photo by Tammy Bradshaw | courtesy of the artist

Gianmarco Cilli is a Philadelphia-based singer and multi-instrumentalist who has played in a variety of bands in the past, including National Eye, Windsor For TheDerby, and The Silver Ages. He is about to release his latest album, The Feel is Now, on September 27th. Today we’re happy to give you a first listen to Cilli’s lead single from the album, “The Flood,” a snappy indie rock tune full of guitar riffs, strings, and loads of whistling.

Cilli stated in a press release that the first line of the song is inspired by the book Zeitoun by Dave Eggers, a story of a man who braved Hurricane Katrina. The line refers to the moment when main character Zeitoun wakes up to hear the sound of rushing water and realizes the levees had broken, a moment of panic that Cilli captures in the lyric “I was waking up to the sounds of a flood, and I got up and started looking for you.”

“The Flood” song features contributions from The War on Drugs’ drummer Charlie Hall and bassist Dave Hartley, as well as Nick Krill of The Spinto Band and Teen Men on synths; additionally, Philadelphia composer James Lavino provided the string arrangements. Their instrumentation perfectly paints this picture of hopelessness and devotion in the midst of a natural disaster, with wailing drums, wild guitar solos and droning synth lines laying the groundwork for Cilli’s excellent vocal melodies. As each section transitions into one another, the unmistakable whistle line from the beginning enters again, a clear motif that travels as if it were riding those pounding waves of the storm.

Regarding the album, Cilli proclaimed via email that it was a friendly affair:

“Everyone that plays on the record are friends of mine from the last 15 years when we were all starting out in bands in Philly. I was in a band called National Eye, and we became friends with other bands that we liked and started putting on shows together. There was Dr. Dog, The Teeth, Spinto Band, The Trouble With Sweeney, Capitol Years, Buried Beds, Like Moving Insects, War On Drugs, Kurt Vile, to name a few. We were playing places like The Khyber, North Star Bar, The Fire, and later Johnny Brenda’s. Now a lot of us are in the vocal group The Silver Ages.”

Check out “The Flood” below. The Feel Is Now will be released next month on the 27th, and Cilli will be performing at Johnny Brenda’s that same day alongside Generationals and Gemma.