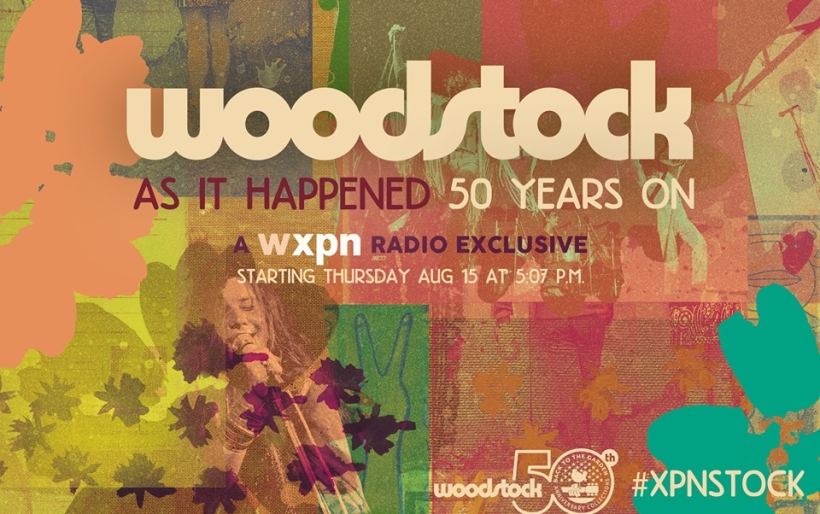 There’s Woodstock as it happened — the three-day music festival that took place in the summer of 1969 on a dairy farm in Bethel, New York, not too far from Scranton, Pennsylvania. And then there’s Woodstock the legend — the peace-and-love totem of the hippie generation, memorialized in Michael Wadleigh’s documentary film and two album releases over the course of the 70s.

As the 50th anniversary of Woodstock approaches this week and various commemorative celebrations are held — including #XPNStock, a set-by-set playback of the entire festival beginning on Thursday, August 15th at 5:07 p.m. — a new, massive collection of music seeks to parse the difference between the legend and the reality of Woodstock. Compiled by archivist Andy Zax over the past decade-plus, Woodstock – Back to the Garden: The Definitive 50th Anniversary Archive puts together every scrap of audio in the order it occurred, creating a more nuanced picture of the event than the less-than-accurate narrative of the film version.

Live Stream: Woodstock – As It Happened – 50 Years On

Ahead of #XPNStock, Zax caught up with XPN Program Director Dan Reed to discuss the project at length, beginning with the surprisingly difficult search for the most basic of information: set times.

“It seems crazy, but that’s a piece of information that nobody knew or understood,” he says.

Zax and Reed go on to discuss the disparities between Woodstock the film and Woodstock the event, including the misconception that Jimi Hendirx performing “The Star Spangled Banner” was a triumphal crescendo of the festival, and by extension of the Summer of Love. In reality, Hendirx played last, at 9 on a Monday morning, at which point most of the festival’s estimated 300,000 attendees had left to return home to the real world. Only about 20,000 people remained in the audience: not a small crowd by any stretch, but not the droves of people depicted onscreen via clever editing. “The reality is that most people did not see Hendrix play ‘The Star Spangled Banner’ until the film was released,” says Zax, noting that the film is beautiful and worth watching, but very Hollywood-ized.

Zax also shares his thoughts on sorting through the less-than-ideal audio, filled with jostled microphones, hovering helicopters, and questionable engineering decisions — like capturing Blood, Sweat, and Tears’ massive horn section using only two microphones. “Nothing at Woodstock is perfect,” Zax says. “The audio has flaws, you’re hearing through the flaws, and if you’re willing to do that, you can have a sensational listening experience. What you’re really hearing is some of the best performers of their era struggling sometimes to make themselves heard under non-optimal conditions.”

Zax and Reed also discuss the best way to take the 40+ hours of Woodstock audio (aside, obviously, from experiencing it in real time on XPN). Listen to their conversation in full below; the full Woodstock – Back to the Garden: The Definitive 50th Anniversary Archive is already sold out, but various highlights compilations are available on CD and vinyl via Rhino.