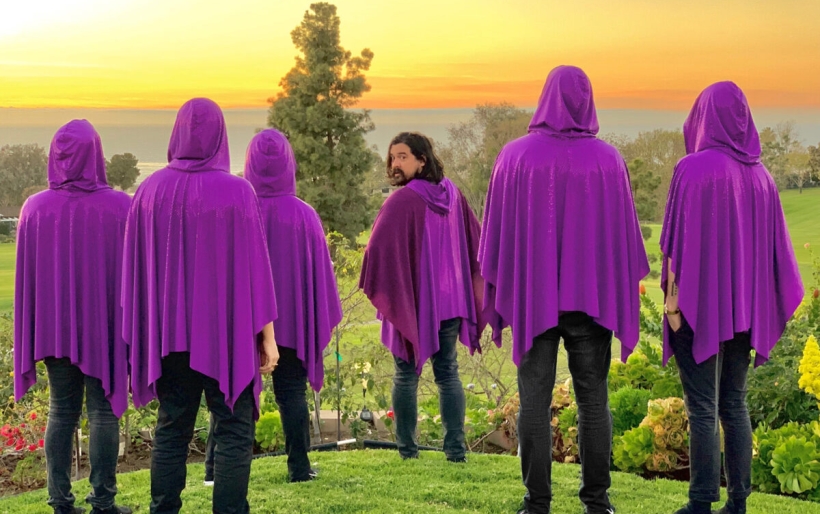 Man Man | photo by Pootie Evans | courtesy of the artst

In May it was announced that Man Man would headline this year’s Philly Music Fest. With the festival fast approaching, the Philly-born, Los Angeles-based avant-garde rock group has shared two new singles. “Beached” and “Witch” pick up right where the band left off with On Oni Pond. They do more than just remind people why they love Man Man; The singles serve as the perfect reminder to pick up Philly Music Fest tickets if you haven’t already.

Man Man’s new tracks, though similar in that they exude the band’s characteristic zaniness, occupy different sonic spaces. “Beached” is as summery as it title suggests. The track leans into surf-rock, but like all that Man Man does, it does so unconventionally. It opens with dizzying drums by  Dylan “Jazz Diesel” Ryan before calming down for Ryan “Honus Honus” Kattner to sing about alligators slipping on escalators.  Unlike “Beached”, “Witch” is far from laid back. The song is an eruption of explosive drums and quirky lyrics. In just under two minutes it will leave you spell-bound and hungry for more Man Man.

Philly Music Fest 2019 will take place at three different venues across four days. Wednesday, September 25th’s shows will take place at MilkBoy, followed by shows at Johnny Brenda’s on Thursday. The festival then moves to World Cafe Live for Friday and Saturday. Man Man will play on Saturday, September 28th. They are joined by the legendary Sun Ra Arkestra, Rosali,  Foxtrot and the Get Down, Thin Lips, Ill Fated Natives, and more. Find tickets and more information about Philly Music Fest 2019 here.

Listen to Man Man’s new songs, “Beached” and “Witch”, below.