What's happening at The Living Room at 35 East? We discussed the burgeoning venue with owner Laura Mann - WXPN 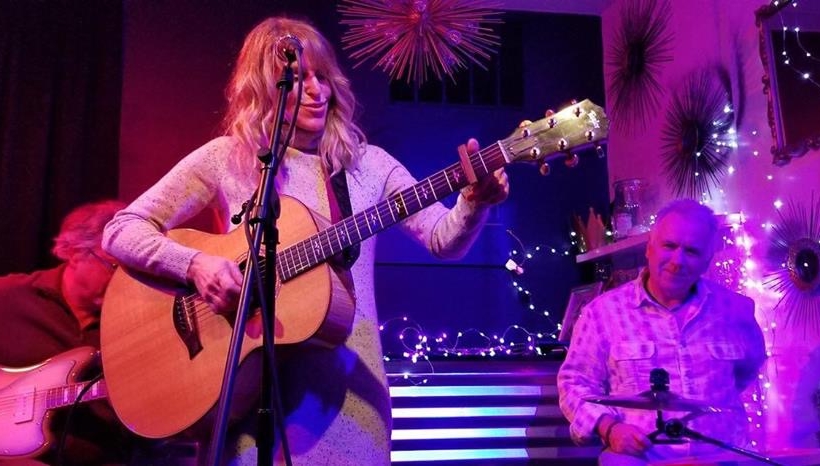 What’s happening at The Living Room at 35 East? We discussed the burgeoning venue with owner Laura Mann

In early 2018, The Living Room at 35 Eastopened on Ardmore’s Lancaster Avenue. Since that time, the intimate forty-seat venue has grown widely popular for its eclectic mix of events: rock shows, acoustic shows, classical and jazz performances, poetry readings, film screenings and more. Earlier this summer, Philadelphia Magazinenamed The Living Room the area’s Best Small Music Venue in its Best of 2019 issue. The venue has also recently announced a Grand Re-Opening on September 8th, new weekly hours and the opening of a new café.

To hear about the evolution that has been taking place at The Living Room in the past year, we spoke to the venue’s owner Laura Mann — who is also a singer-songwriter with an album release show at World Café Live coming up this October — and publicity director Fern Brodkin. Our conversation has been edited for length and clarity.

TK: How did you decide to open The Living Room, and who was involved in the opening?

LM: Well I’m a musician myself, and I live in Ardmore. And a few of the venues that I had played frequently had closed down, and so I thought that we really had a need for a place that was more intimate, where people could just come in and play solo and tell stories. And I also noticed that there wasn’t any place that offered cinema, any place you could see old movies, or poetry readings, so I really thought there was an opening for something like that. So I just quickly drove around the area and wound up stumbling upon a venue — a rental space – and went and checked it out, and it wasn’t for me but the real estate agent said, “I want you to come and check out this other place.”

So it was an old nail salon, eight hundred square feet, very small, and he asked me what I thought about that place. It winds up that it’s a few doors down from the Ardmore Music Hall, and I thought the location was really super. And I didn’t feel like I was going to get in the way of the Ardmore Music Hall because they seat about four hundred people and my venue holds forty people — so it’s a chance to be up close and personal and the artists can really tell stories, and people can relax with couches and comfortable chairs and things like that.

I did this whole thing by myself, but my husband and some friends helped during the renovation because it was a huge undertaking. The more and more we got involved in it, the bigger the project became, with a lot of the things that we had to add to it, to work with the township to pass inspection and everything. So it wound up being bigger than we thought, plus there were a lot of things that needed to be fixed. But my husband helped out a great deal, and I’ve got a lot of friends who are in the construction business so that was really nice.

TK: Can you tell me more about your original vision for the kinds of events you wanted to host at The Living Room? You said intimacy and storytelling were part of your focus — and were you thinking about any particular styles of music?

LM: I was thinking about all different types of bands, I really wanted to have a diverse group. I just really wanted to have the arts, everything included. We do have rock bands that play there; we also have rock bands that play unplugged, and we have solo artists. And I’ve had classical groups — I had a string quartet come in in the wintertime – and jazz groups, and Brazilian groups, a really wide array of different types of music. 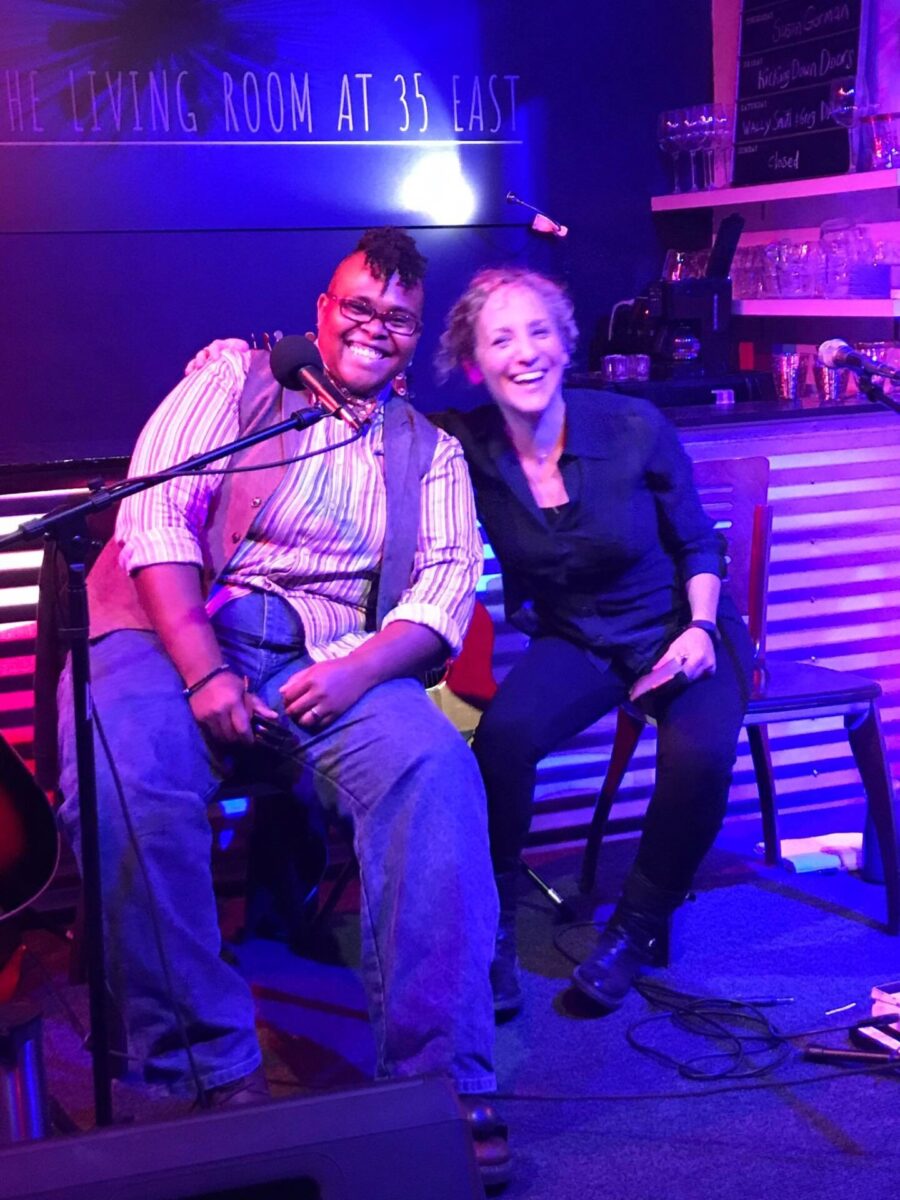 TK: Has your vision for the venue changed at all since you opened? Have any particular plans of yours turned out to be unexpectedly successful?

LM: I think everything has worked really well. I really think that it’s taken off, and I’m really happy with the amount of people that want to play there. So I’m booked up so far until almost the end of the year. My assistant Fern [Brodkin] has been amazing, she’s been incredible in helping me get it going.

TK: What have been some of your favorite events that The Living Room has hosted so far?

FB: Oh wow, that’s a tough one. You can take that one, Laura.

LM: Well, last year we had Freedy Johnston, he’s a renowned singer-songwriter — and he’s an XPN fave. And I would say Vernon Reid from Living Colour, that was another real highlight.

FB: We’ve had a couple of really cool short film evenings with Secret Cinema, and they were sold out a couple of times. We put on some films with popcorn, and those were really fun nights.

TK: Laura, I understand you have a show of your own coming up at World Café Live later this year. Can you tell us more about the music we can expect to hear during that show?

LM: Well, I’ll be doing a duet with Freedy Johnston, and he’s going to be on the record, and I’m also going to have Vernon Reid as a guest, and Gloria Gallante, who is an amazing harpist. And I’ll have a great back-up band with Steve Butler from Smash Palace and Dave Uosikkinen from The Hooters. There’s a new CD I’ve been working on, and it’s called Plain as Day. And there are a lot of different types of music on it. It’ll be out the night that I have my release party, which will be October 11th. 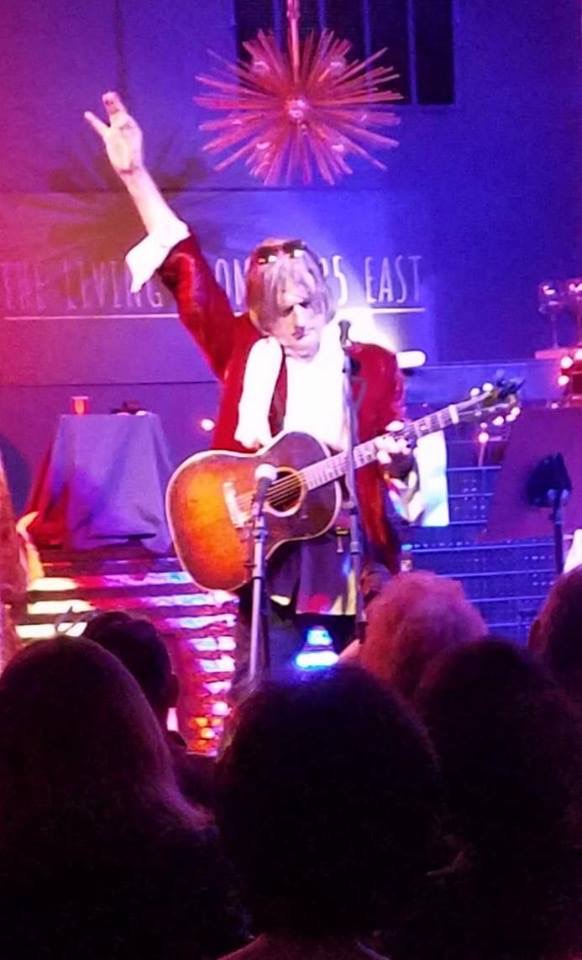 The next show at The Living Room will be their Songwriters’ Night on Thursday, August 1st, and their Grand Re-Opening will take place on Sunday, September 8th. Their calendar for the rest of 2019 includes a mix of local musicians from many different genres: experimental guitarist Tim Motzer, rapper Kuf Knotz with harpist Christine Elise, a jazz trio led by bassist Chico Huff, alternative soul singer Cookie Rabinowitz, to name a few. Find more information about The Living Room’s upcoming events at their website, thelivingroomat35east.com.

Laura Mann will play a release show for her upcoming album Plain as Day at World Café Live on Friday, October 11th.