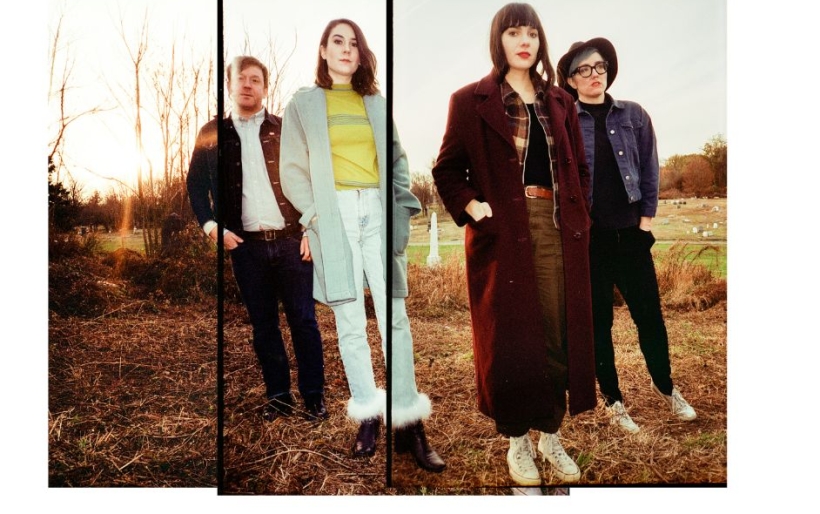 Field Mouse | photo by Katie Krulock | courtesy of the artist

When Trump was elected in November 2016, it forced a lot of us to take stock of our values. The ongoing and constant-impending doom that characterizes this administration is debilitating at times. For Field Mouse, it definitely was for a while. The band went their separate ways and took a break from making music. Eventually though, they were drawn back to it. On their new album, Meaning, the Philly/Brooklyn indie rockers lay out what’s important to them and find meaning in this dark, troubled world.

Like Episodic, the album that preceded the 2016 election, Meaning is a solid collection of indie rock and dream pop. “Heart of Gold” is an upbeat survival guide to an impending disaster, while “Black Hole, Son” is a danceable imagining of said disaster. This theme of disaster pops up throughout the record. Unsurprisingly, “Apocolypse Whenever” also discusses doom, but does so with typical Field Mouse vibrancy.

In a sense, Meaning has two titles tracks. The first is the album’s opener, a stripped back intro that serves as a thesis statement for the record that follows. The second isn’t titled “meaning,” but the word constitutes its message and much of its chorus. The song in question is “Skygazing,” which explores how we decide to hold on to our values and where we put them. In many ways, the song is the album; It is bright but complex, hopeful but not naive, and exciting but thoughtful.

Elsewhere on the record, the band explores topics other than armageddon. “White Elephant”, which features lively strings, discusses failing friendships. On “In Blue”, vocalist/songwriter Rachel Browne invites her now cancer-free sister to accept some calmness. Browne dissects her own writer’s block and doubt on the shimmering “Birthday Song”. In singing about her writing process and her exhaustion with life as a musician, as she does on “Plague No. 8”, Browne explores doom and disaster on a personal level. In juxtaposing this tracks with the more global-facing ones on the album, Field Mouse illustrate how fear can seep into our lives from every angle. They do so with such grace and exuberance though, that their fear seems to exist in a different world from the album. With Meaning, Field Mouse seem to have separated their values from their fears, which might be our best path forward.

Listen to Meaning below.