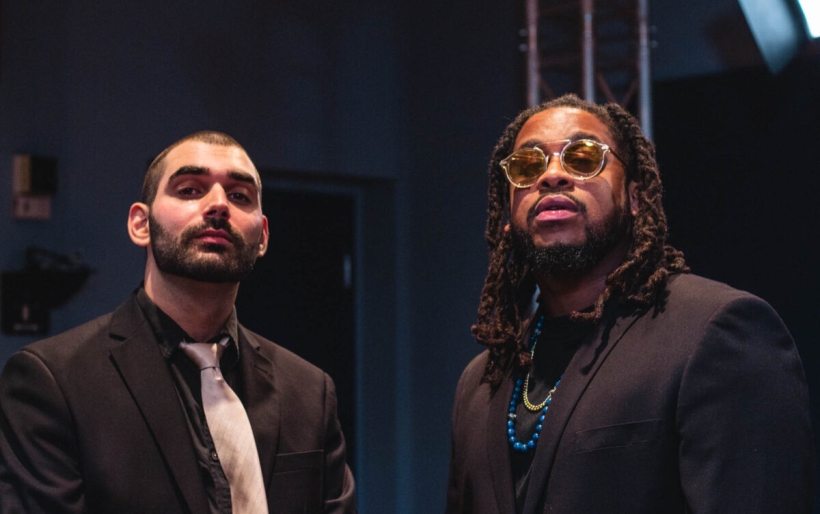 Think you know Boogieman Dela? Think again. The Philadelphia artist has spent the past few years blurring genre lines, as we heard on his projects like last year’s Broken Watch series and 2017’s Feels Different. He can spit over hard-hitting trap rhythms just as easily as he can sing suave melodies, his love songs can be blunt and his raps can be sweet.

Clad in sharp suit jackets — and a punchy necktie, on Rolled’s part — the duo cuts a stylish and striking figure, and mixed with the inviting music, there’s potential here for an entire Boogieman Dela re-invention. Or it could also be just another look and feel in a multifaceted artist’s burgeoning career.