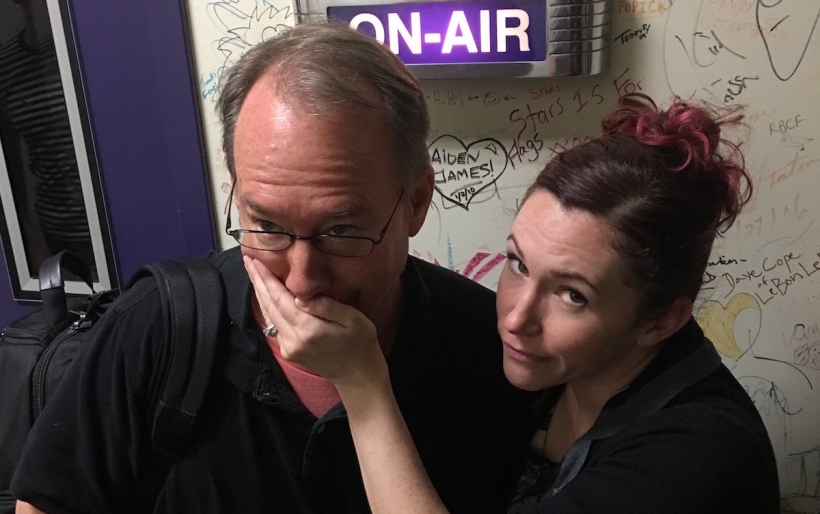 We’re all pop culture fiends here at WXPN, so when Joel Hodgson of Mystery Science Theater 3000 fame first started appearing in our Twitter mentions over the past couple years, we collectively got a little giddy.

Turns out Hodgson is as big of a fan of us as we are of him (and his adventures in cheesy movies with Crow T. Robot and Tom Servo), and has been a loyal XPN listener since moving to the Philadelphia region with his wife ten years ago. He listens on his way to work, checks in with our hosts on social media, and was a huge voice in the commentary throughout XPN’s 50th anniversary broadcast of Woodstock.

Though he was still admittedly running on fumes from tuning in all weekend, Hodgson joined Kristen Kurtis on the XPN Morning Show on Monday, August 19th, to talk about the magical trip that was #XPNStock, among other things. We heard about the puppet camp / workshop he runs in Bucks County, where much of the material for MST3K is developed. We found out about how he landed in the Philly burbs after living most of his life in the midwest. He shared a song for Kurtis’ Turn It Up / Turn It Down segment, the ridiculously catchy “Warm Animal” by Los Angeles four-piece Sure Sure, which got a rare 100% Turn It Up rating.

And Hodgson also gave us a quick preview of the Great Cheesy Movie CircusTour‘s stop at the Merriam Theater on Friday, October 25th. He’ll be joined by Tom and Crow to provide running commentary on a movie yet-to-be-determined, and Hodgson says it’s his “farewell tour”…though he’ll continue to work on Mystery Science Theater 3000 behind the scenes. Tickets and more information on the event can be found here; listen to Hodgson and Kurtis’ entire conversation (as well as his song pick) below.