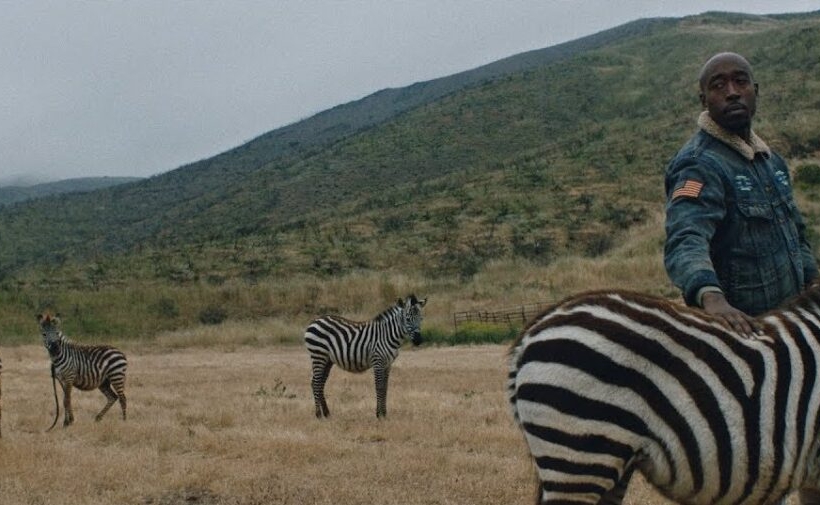 Freddie Gibbs and Madlib, despite their unusual pairing, make really good music and make a lot of it. The duo released their second collaborative album, Bandana, in June of this year but that won’t stop them from putting out more music. Late last week, Adult Swim premiered “The Next Day” as part of their Adult Swim Singles series. If anything, the song will make you want to  revisit Bandana and Piñata, and get you very excited for the duo’s set at Made In America.”The Next Day” sees Gibbs and Madlib each doing what they do best. Gibbs’ bars are fiery and exciting to follow. Madlib’s production is dense, upbeat, and ornate.  On this track, the duo is joined by Oh No, a rapper from California. Oh No’s verse is subdued compared to Gibbs’, but anything over Madlib production sounds great. All in all, “The Next Day” is a great pre-festival treat.

Most of Bandana focuses on the fantastic collaboration between Gibbs and Madlib. However, some tracks allow others to get a front-row seat to their musical magic. Run The Jewels‘ Killer Mike and Pusha T both feature on “Palmolive”, while Yasiin Bey and Black Thought make appearances on “Education”. Fellow Made In America performer, Anderson .Paak features on “Giannis”, but sadly doesn’t pop up in its dramatic video. Hopefully he will join the duo on stage at some point during the festival to make up for it.

Listen to “The Next Day” below. Find tickets and more information about Made In America here.