Alex Lahey is more than just an easy narrative - WXPN 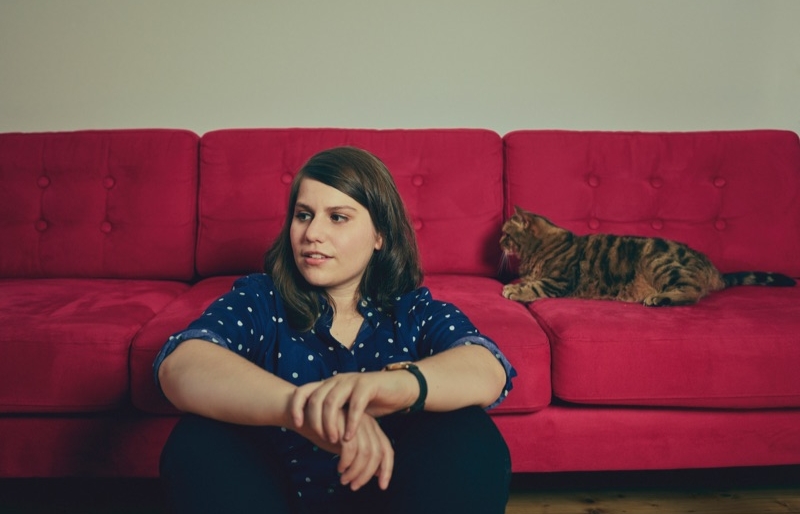 Alex Lahey | photo by Callum Preston | courtesy of the artist

Alex Lahey is more than just an easy narrative

It doesn’t take long into her new record, The Best of Luck Club, before Lahey proves she is so much more than an easy narrative. While the record may be similar in style to her debut I Love You Like a Brother, the growth is obvious. Lahey displays a tonal elasticity throughout the record she’s only hinted at previously, bounding between the playful and the earnest, she bumps twisting narratives up against scathing confessions with the ease of a seasoned storyteller. Whether she is singing about parties left behind or leaving herself vulnerable at the hands of a potential lover or even whipping out her long-lost saxophone, Lahey is not afraid to rifle through her impressive bag of tricks.

During our short conversation, prior to her show this weekend at Johnny Brenda’s, Lahey discusses what went into The Best of Luck Club, the many ways to make a record, and seeing the world in a tour bus.

TK: How much of your time since the debut record, I Love You Like a Brother in 2017, has been spent touring?

AL: With the exception of the time that I took to make the follow up record The Best Of Luck Club, I’ve pretty much been on the road the entire time. It has been such an amazing time in my life and I don’t want being on the road like this to end any time soon.

TK: How was it going from doing more local, small tours to constantly touring all over the world?

AL: To be honest, it felt like a really natural progression. It has been cool to see how the way you tour changes around the world. In Australia, touring almost feels like a holiday because you fly everywhere, but in the US, it’s like a big road trip, which is such an adventure.

TK: In the past I’ve found sometimes the second record can be hard because a lot of the subjects an artist wrote about before (i.e. friends, dating, everyday life) are swallowed up by this constant touring life. Did you find yourself struggling at all with this?

AL: I feel that I was really lucky in writing my second record as it came to me without too much stress or pressure. I think that relationships of all natures are a really big part of what I write about and even with touring, they’re still a massive part of my life. Maybe that says something about my need to connect with people. But I was able to draw on the changing shape of those relationships – including my relationship with myself – for this record.

TK: I understand you wrote a large chunk of the album while in Nashville before taking the songs back home to Australia to record with producer Catherine Marks (Manchester Orchestra, Wolf Alice), so in a way the record is this kind of balance between the familiar and the unfamiliar, home and abroad. How do you think these two factors blended?

AL: To be honest, I’ve never thought about it that way, but I suppose you’re right! I think that travel is a really great way to expand your mind and way of thinking, and I’m lucky enough for travel to be a huge part of my job. I guess that my time away from home and the way it has helped me perceive the world has impacted my approach to writing songs and expressing myself. Coming back to Melbourne to record the album did bring a sense of “coming home” and definitely allowed me to just focus on making a record, rather than blending that experience with the challenges of getting used to a new town.

TK: What did you learn during the process for The Best of Luck Club? Is there anything you might want to do differently next time around?

AL: I think I learned that there are literally countless ways to make a record and the way we made The Best Of Luck Club was just one of those ways. It has made me excited to explore some of those other ways and see what it brings out in me as an artist and as a person.

TK: I know you’ve spoken ad nauseum about the whole “woman in the music industry” thing. I would guess at least one question an interview is worded in that way. Why do you think people try so hard to make that the “thing,” sometimes the only thing, a record is about rather than a footnote of a record where people come together to make something awesome, regardless of gender?

AL: I honestly don’t know and it seems ridiculous to me. We’re all musicians and artists, regardless of gender identity or lack thereof. In the context of Catherine and I, we were very conscious of not making our record be about two women making a record. We felt that if we staked a claim over the record being about that small part of the process, then our ownership could potentially put other creatives off doing the same thing because it has “already been done.” At the end of the day, it’s about making good, meaningful music that stands the test of time, regardless of someone’s genitals or identity.

TK: One thing I do wonder is, being a woman, especially a gay woman, how your thoughts about touring around America have changed, if at all, since you first came here? Have you noticed any shift as our culture here shifts?

AL: To be honest, I don’t feel like I’ve noticed much. I think the creative industries have a really great queer presence and always has had that. I think I’m really lucky that the messages of inclusivity and acceptance that I like to embody have permeated through the people who engage with my music and shows, creating some really beautiful spaces for people to come together.

TK: I have to say, I love the addition of the saxophone on “Don’t Be so Hard on Yourself”, is this something you set out to include on this record or did it just kind of fit in naturally?

AL: The sax was a happy accident! Catherine says it’s one of the more perverse things she has ever been a part of and now I have to play it live at every show – no complaints.

TK: I understand you played pretty much all the instruments, aside from the drums on this record. How does this more solo experience differ from a more collaborative effort? Do you think you’d continue in this manner or make it more of a full band thing in the future?

AL: As I mentioned before, The Best Of Luck Club is an example of one of the infinite ways to make a record. It’s different because you’re so aware of everything that’s happening. It’s a lot rarer for me to listen back to that record and notice something that I hadn’t noticed before because all the decisions were in my hands and so consciously made. Now that I’ve made a record that way, I think I want to dive back into the world of live recording and collaboration for the sake of doing something different and learning along the way.

TK: I don’t know if it feels like this for you, but it seems to me that Australia is really having moment in indie-rock. I, personally, have a whole spotify playlist of just Aussie bands — Middle Kids, Dope Lemon, Phantastic Ferniture, and Camp Cope just to nama a few. Do you notice more and more bands getting attention and even touring around the states than before?

AL: You know what, I’ve actually been asked that question ever since I started touring internationally which is over three years ago now – it’s just that the artists’ names change every time! I think that Australia has always been such a creatively fertile land but it’s only since the advent of the internet that the world has become as aware of it as it is now. I feel so lucky to have come up playing alongside all of those artists that you’ve mentioned and it has made me the musician that I am today.

Alex Lahey plays Johnny Brenda’s on Saturday, August 24th. Tickets and more information on the show can be found at the XPN Concert Calendar.