From Lil Nas X to Prince to Wheatus: Our favorite covers from XPNFest 2019 - WXPN 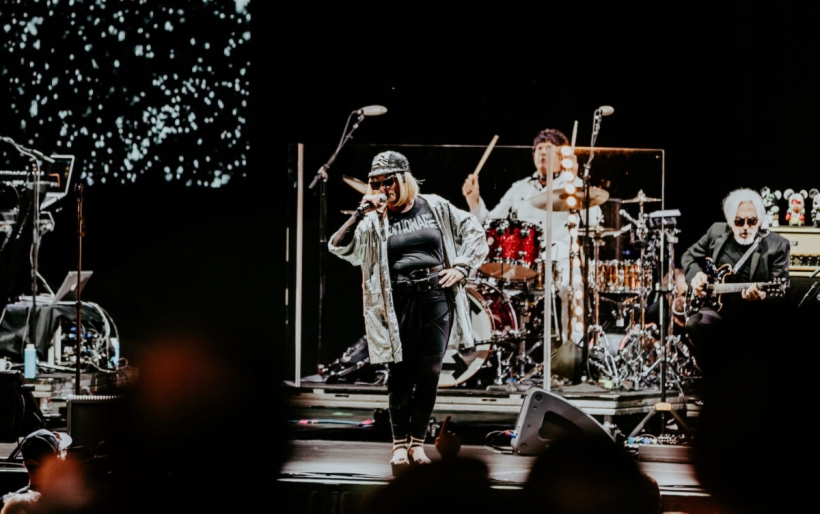 From Lil Nas X to Prince to Wheatus: Our favorite covers from XPNFest 2019

Though the summer is winding down and XPoNential Music Festival is drifting further away in our rearview, we’ve still been reliving the magic of the weekend. As music lovers, we got many of the things that we wanted — but also, we got some things that were just a little bit different. Sometimes when we wanted Blondie, Low Cut Connie and Ruston Kelly, we got Lil Nas X, Prince and Wheatus. A surprising number of #XPNFest performers took the opportunity to pay homage to some unexpected artists, old and new. These are the memorable covers we heard at this summer’s XPoNential Music Festival.

On Saturday night at BB&T, in a remarkable melding of rap, country, pop and rock, Debby Harry and co. covered the young rapper’s smash hit, which recently broke Billboard’s record for most consecutive weeks at #1. The band also performed the cover at their show with Elvis Costello and the Imposters in Boston earlier in the week — we might expect to keep hearing it throughout the rest of their tour together this summer.

Low Cut Connie recorded the title track from Prince’s enigmatic 1981 album for their own 2017 album Dirty Pictures (part 1) and brought out the genre-bending cover during their Saturday afternoon set (the cover begins at the 14:35 mark).

Kingfish played his own rendition of the blues classic “Hey Joe,” which Hendrix recorded in 1966, and which was later recorded by Cher, Deep Purple, Patti Smith, and others. Elsewhere in his set, Kingfish quoted the melodies from “Old Town Road” and Childish Gambino‘s “Redbone,” as well as Nickelodeon’s old-school jingle, all off-the-cuff in his guitar improvisations. You can hear the cover at the 30:00 mark in Kingfish’s set.

During Lucy Dacus’s beautiful set on Sunday afternoon, the singer-songwriter performed her cover the beloved French pop song, which EdithPiaf popularized in 1947 — later recorded by Bing Crosby, Dean Martin, Louis Armstrong and others. Dacus released her cover as a single earlier this year.

The Amy Ray (of Indigo Girls) and her stellar band broke out plenty of material from her 2018 album Holler in their Sunday night set, and they closed out the festival with an explosive cover of Tom Petty‘s “Refugee” from 1979’s Damn the Torpedoes. Throughout the set, Ray’s songs and her dialogue with the audience touched on the stories of present-day refugees, as well as immigration, mass incarceration, prison labor and solitary confinement — not to mention Stacey Abrams and Lil Nas X, who both come from Ray’s home state of Georgia. (Ray wore a t-shirt displaying the rapper’s smiling face during her performance.)

Kelly’s band broke out their cover of the pop punk smash hit from 2000 for a somewhat perplexed audience. They fit the cover in the middle of a set full of beautiful and sentimental country rock songs, so when Kelly sang “Oh, how she rocks in Keds and tube socks,” in the first verse of “Teenage Dirtbag,” he had to clarify to the crowd, “Yeah, this is a Wheatus song.” The band projected the song with all the same honesty and elegance as their best ballads, but this one was a different kind of sentimental.