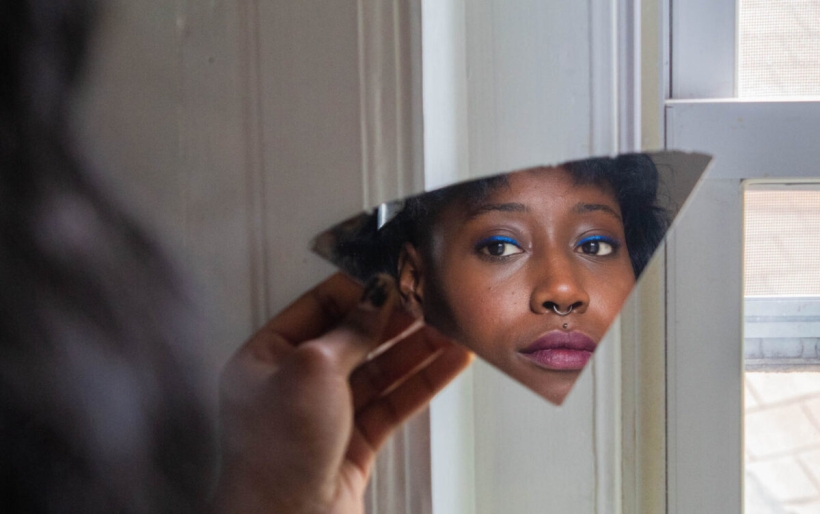 Bridging The Gap: Multifaceted Philly artist Whomst carves out a niche between poetry, songwriting, production, and beyond

Soft, dreamy, and full of feelings. This would be the best way to describe the music of Whomst: a singer, songwriter, guitarist, and producer residing currently residing in West Philly.

Over the past few years, Whomst has been making the rounds at Philly venues such as Ortliebs, Johnny Brenda’s, PhilaMOCA, and a handful of show houses. They’re also one of the voices in the emerging West Philly artist group Bad Apple Commune. While it can be easy for many indie artists to fly under the radar, Whomst’s consistency and pure talent is making waves. 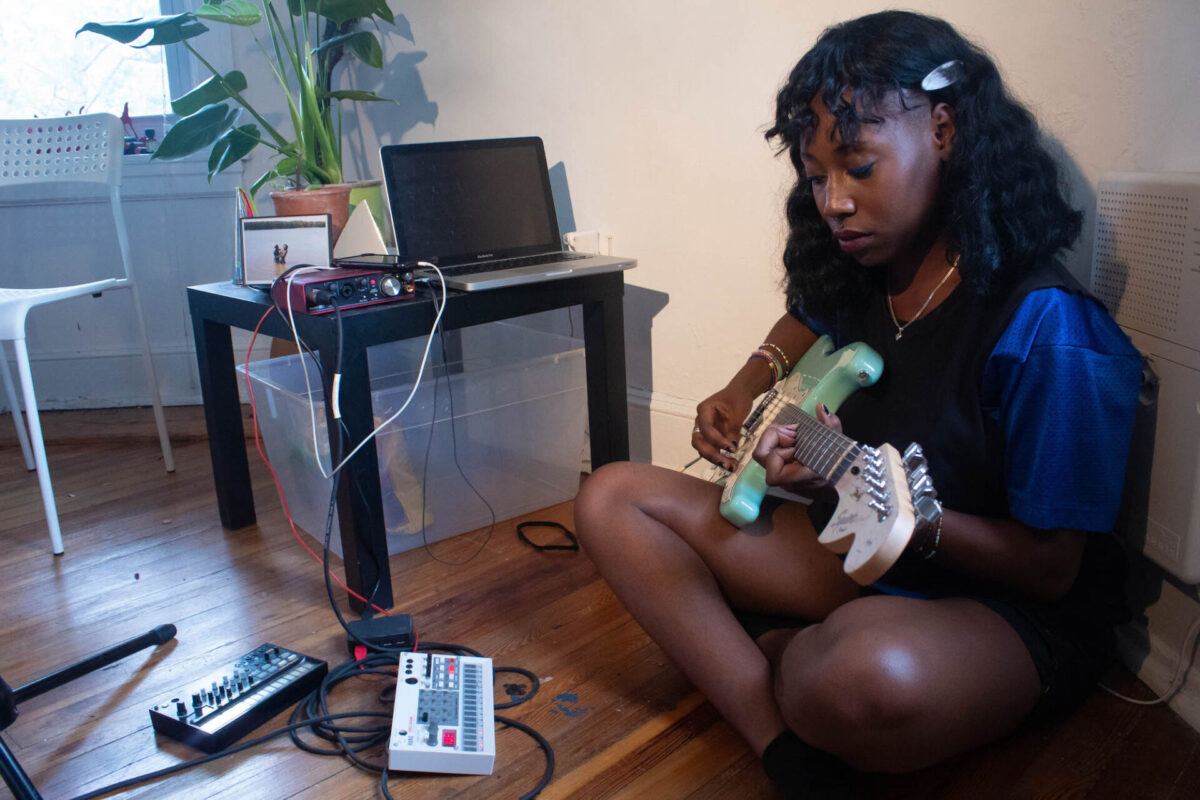 They have been making music since the age of 11. When their sister stopped showing interest in her guitar lessons, Whomst found a new hobby.

“My sister begged my mom to get her this guitar,” they said. “She started taking lessons and kind of fell off, but my mom had recorded all of the lessons. When I was bored, I’d watch them and play along.”

This affinity for guitar later led to audio production, the viola, and singing. Whomst also engaged in spoken word throughout their teenage years.  At one point they, were a member of the legendary local collective, Philly Youth Poetry Movement. For some people, bridging the gap between music and poetry is a seamless and intuitive process. For Whomst, there was a stop-gap of sorts. 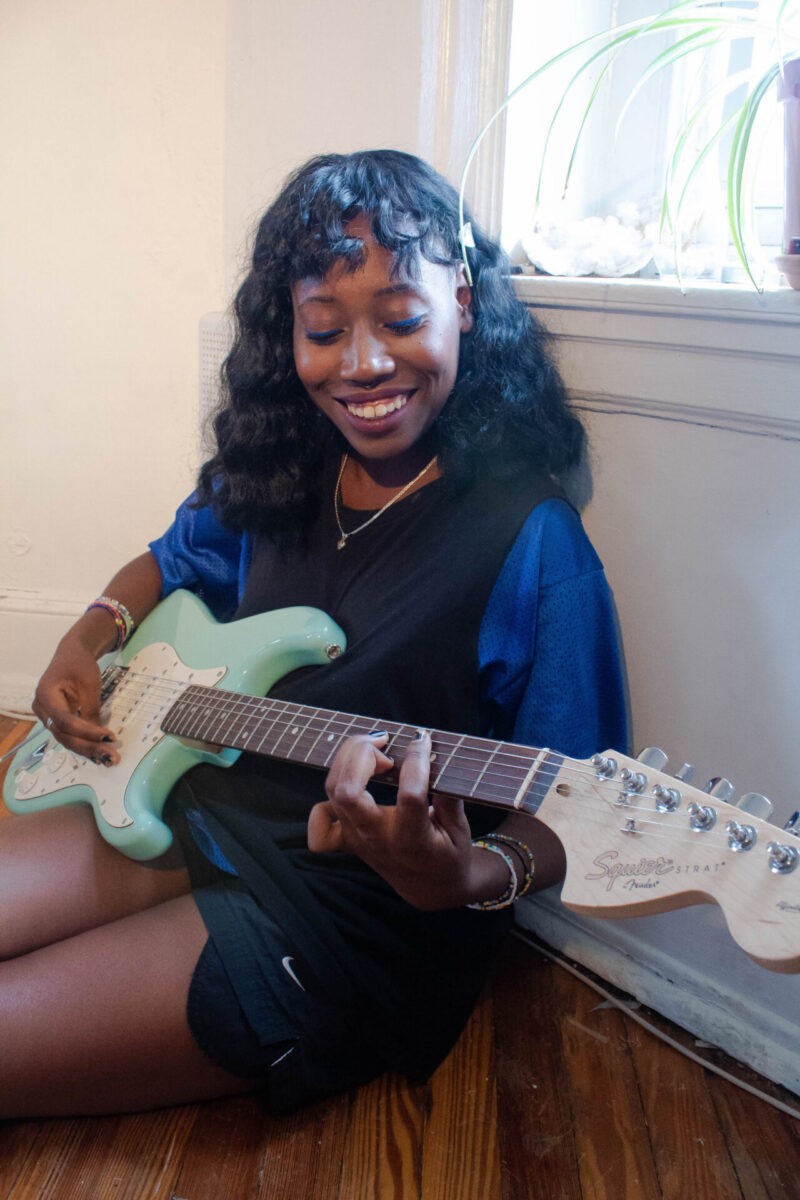 “I feel like it is just like that little voice in your head saying ‘that’s dumb,’” they continue. “In my late teen years, that voice was very loud. It was a thing. It was just my own personal doubts that just prevented me from doing it sooner.”

According to Whomst, a lot of their songs do start as poems: the only real difference between the two only appears in the editing process.

“I’ll be looking through the things that I’ve written [and think] ‘this kind of has a nice rhythm to it, so I’ll keep this.’ After I produce the beat or make the instrumental part, I’ll kind of listen to it over and over again and see what works where. It feels like kind of a puzzle.”

And what comes of that marriage between, poetry, instrumentation, and songwriting? Soft and hazy emotional bops that are both reflective and contemplative. In March of 2019, Whomst released a six-track EP entitled Dreams. The first track, “All Niggas go to Heaven,” is an amalgamation of distorted synths, distant vocals, and punchy percussion. It comes off as an experiment in sound while foreshadowing the various elements that will appear in the rest of the project.

In “Pink Rooms” Whomst employs the use of what sounds like shimmering wind chimes which overlay their echoey vocals that can be found on most of their tracks. This interesting effect lends itself to the overall theme of Whomst’s ethereal vibes.

Dreamy is a running theme here. When asked about how they would categorize their music, the word was used once again.

“I never know what genre to call it, but I would say dreamy,” says Whomst.

When asked about the entire creative process and finishing a project, Whomst remarked “It’s like when you are doing your makeup — I could add more, but this is it, this is all I need to do. If I added anything else it would be over-the-top.” 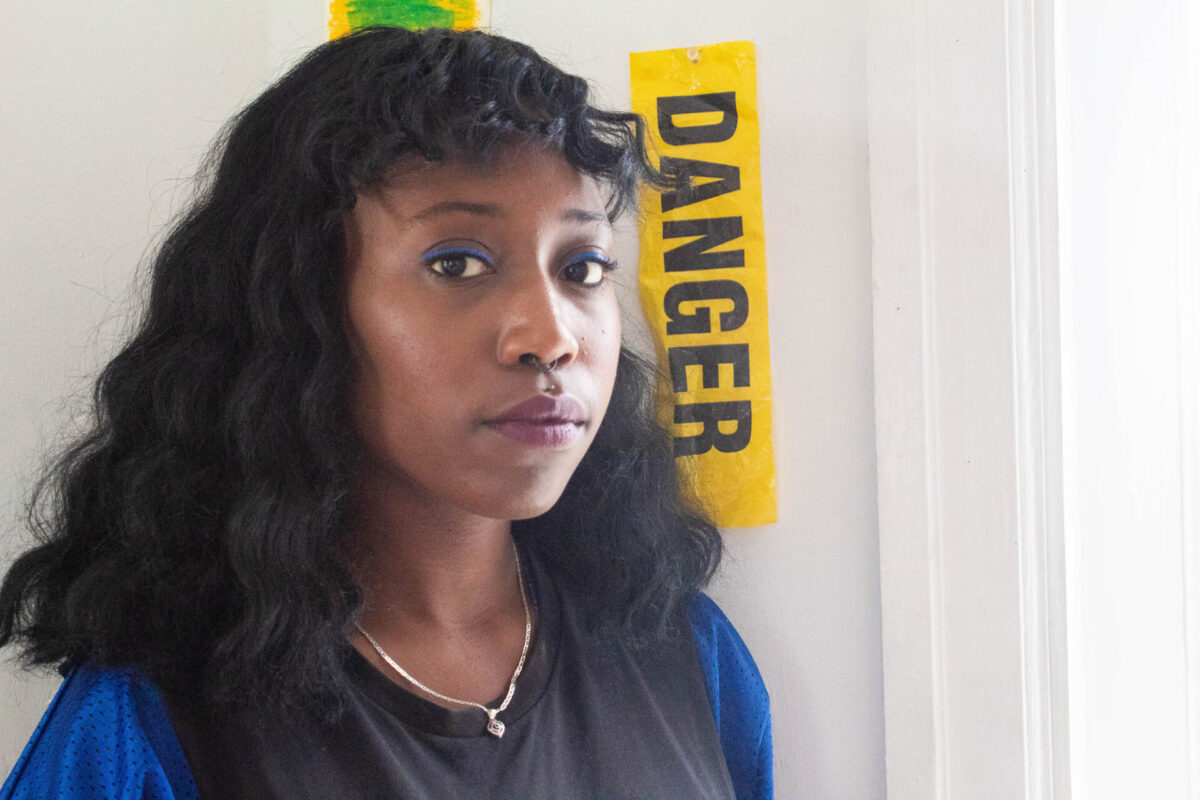 Lyrically, Whomst tends to get quite vulnerable. Honestly, the level of transparency in which they craft their music leaves a positive and lasting impression on the listener. Their references to sadness and seasonal mood changes are very relatable topics, therefore another way to reel in fans. Still, being able to create relatable content comes at a price.

“A lot of the songs, because they are so personal, it does feel sort of like emotional self-immolation,” says Whomst. “I like it because there are a lot of times where people will come to me and be like ‘oh that thing that you wrote, I really relate to that, I just never found the words to speak on it.’

“No matter how intimate or personal something seems to me, odds are, there are other people who relate to it and that is sort of affirming in a way,” they continue. “It just kind of like proves that the human experience isn’t as isolating as we all think that it is.”

What’s in a name? Well for Whomst, it was a level of anonymity that stemmed from a running joke with friends where they would play around with language and add “mst” to the ends of words. For instance, Howmst, Whymst, and obviously, Whomst. For them, it made the most sense for that to be their stage name.

“I felt the most comfortable when I could maintain this level of privacy,” Whomst says. “I really just wanted to hide from the world, and this was the thing that I would hide behind – an enigmatic alter ego that would kind of take over that when I would get emotional.”

In addition to being a tool used for security, Whomst referenced their identity.

“Being black, gender nonconforming, and non-binary – you are always kind of forced to apply a label to yourself in all these different ways,” they say. “And sometimes you get tired of it.” 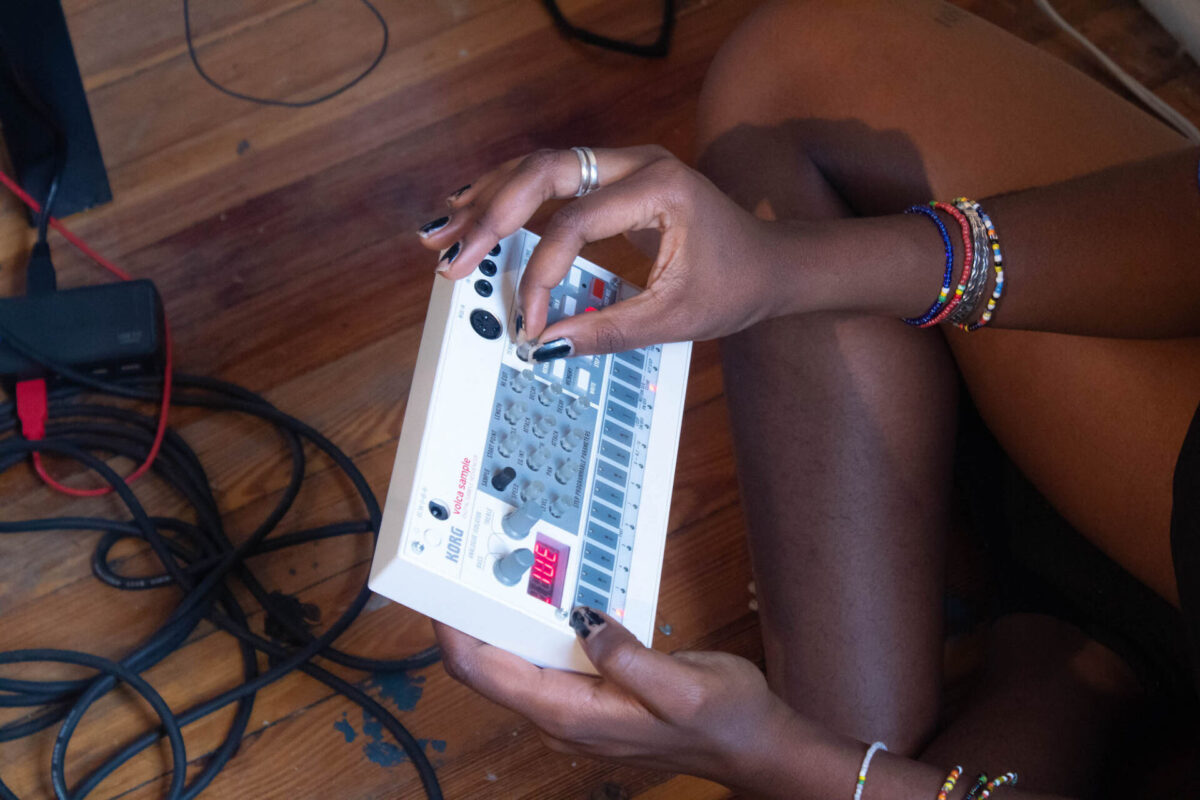 Currently, Whomst is in the process of working on a new, and for the moment, unnamed project. This album, which is expected to be released later this month, will include more of the same lo-fi emotive goodies as previous works. This time, however, Whomst is excited to show off their growth in production and musicianship. Listeners will also get the chance to hear more dancier rhythms from the West Philly artist.

In the meantime, Whomst has released an eight-minute video that features them playing a handful of previously released songs – A perfect intro if you are unfamiliar with their work. For a more in-depth study of their catalog, Whomst’s music is available for listening on Bandcamp, and they perform Monday, September 2nd at Century Bar in Grey’s Ferry. Information can be found here. 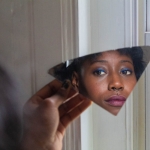