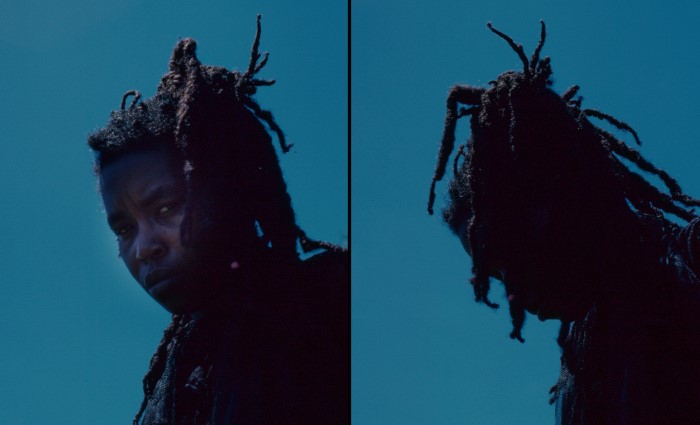 Moor Mother | photo by Bob Sweeney | courtesy of the artist

Moor Mother, the project of Philly poet, rapper, and activist Camae Ayewa, will return with a new album this fall. Analog Fluids of Sonic Black Holes will be released on November 8 via Don Giovanni Records, and the first single “After Images” is out now. The track features guest production from Justin Broadrick of Godflesh and ZONAL, and the new album also includes contributions from Saul Williams, King Britt, Reef the Lost Cauze, and more. It will be accompanied by a book of poetry featuring more of Ayewa’s writings.

Moor Mother released her 2016 debut album Fetish Bones into a tumultuous political climate, and in the unsettled years since has toured the world spreading the message of her Afrofuturistic techno-gospel — that’s why Don Giovanni Records calls Moor Mother “a being of light and ritual in a forever darkening world.” The new record will expand upon Ayewa’s previous work, mixing noise and punk with influences rooted in Black ritual and tradition.

According to a press release from the label:

“Shimmering in sinister sentience, Analog Fluids of Sonic Black Holes is the perfect synthesis of Moor Mother’s unique artistic approach and the Black revolution at large. Myth, Black mothers, vodun, quantum futurism, and post-colonial street narratives all get their moments to shine. In 2019, only a conjurer like Moor Mother can bring all those pieces together as a cohesive, powerful whole.”

Listen to “After Images” below and pre-order Analog Fluids of Sonic Black Holeshere.