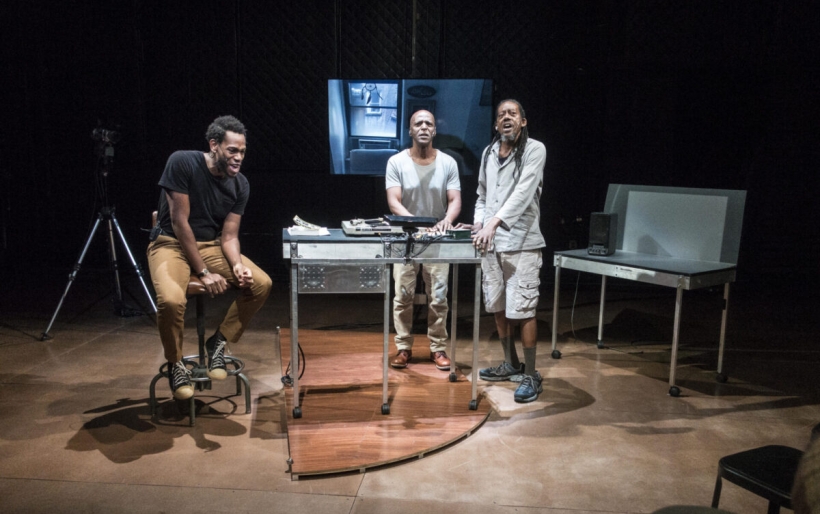 Eric Berryman, Jasper McGruder, and Philip Moore in the Wooster Group producton of a work-in-progress, “The B-Side.” | photo by Bruce Jackson | courtesy of The Wooster Group

Music on the Fringe: The 2019 Philadelphia Fringe Festival is crammed with sound beyond vision

By A.D. Amorosi
September 03, 2019
11:09 AM
Share
Eric Berryman, Jasper McGruder, and Philip Moore in the Wooster Group producton of a work-in-progress, “The B-Side.” | photo by Bruce Jackson | courtesy of The Wooster Group

You can talk all day about the visual aspects and the movement conceits that fill any and every Philadelphia Fringe Festival, 2019’s included. Yet, it is the musical menu of any Fringe that often draws attention beyond its usual theater goers and performance art aficionados This year, that slate is top-notch and wildly adventurous. All times, locations and prices can be found at fringearts.com.

The Illustrious Blacks – The Fringe Fest Kick Off Party

Often looking like a cross between Funkadelic and The Internet, and taking its inspiration from George Clinton, Grace Jones and David Bowie, this kingly pair have worked with DJ Nickodemus, and recorded its own EP — 2017’s aptly titled NeoAfroFuturisticPsychedelicSurrealisticHippy. This real-life married couple creates more of a house music party than something performance artsy, but no matter what they’re throwing down, the torrid tales and outrageous space-case backstories of Manchildblack, and Monstah Black is worth the price of admission.

Let Me Die from Jospeh Keckler

The sole joint effort between the Fringe Festival and Opera Philadelphia this year is truly an odd one. The composer and performer Joseph Keckler, from Kalamazoo, MI, is hardly known as an opera singer or even beloved by the opera world. What he is, is adored as a wild, vibrant performance art vocalist whose concerts have sold out NYC’s Lincoln Center AND showcases at SXSW.

For Philadelphia Fringe and O-19, Keckler will present the world premiere of an “ensemble performance collage” which explores the vocal form’s ages-old fascination with death and how they the ritual elements of opera. Along with a dynamic vocal group of Keckler’s choosing, expect the melodies to be haunted, haunting and repetitious in a eich-like fashion. This sort of blackly comic ideal is what made him be the inspiration for the Sleater-Kinney song “The Future Is Here” from their new album The Center Won’t Hold. Carrie Brownstein thinks he’s a genius.

The B-Side: “Negro Folklore from Texas State Prisons” from the Wooster Group.

Known mostly for its starkly dramatic performance art events and devised theater epics (Willem DaFoe and Spalding Grey made their bones at the Wooster before going on to greater fame), the Wooster Group moves the needle into something deeply musical with a rendition of a 1965-released LP Negro Folklore from Texas State Prisons. Singer-performer Eric Berryman found the album of work songs, blues, spirituals, preachings, and toasts from inmates in Texas’ then-segregated agricultural prison farms, and in the spirit of the Wooster’s Early Shaker Spirituals, creates a musical narrative that – in its words and its truth – looks at the enslavement of inmates and the continued needs for prison reform. The Wooster Group has only been in Philadelphia one other time – 10 years ago – and an opportunity to see longtime boss Elizabeth LeCompte’s work is a must. 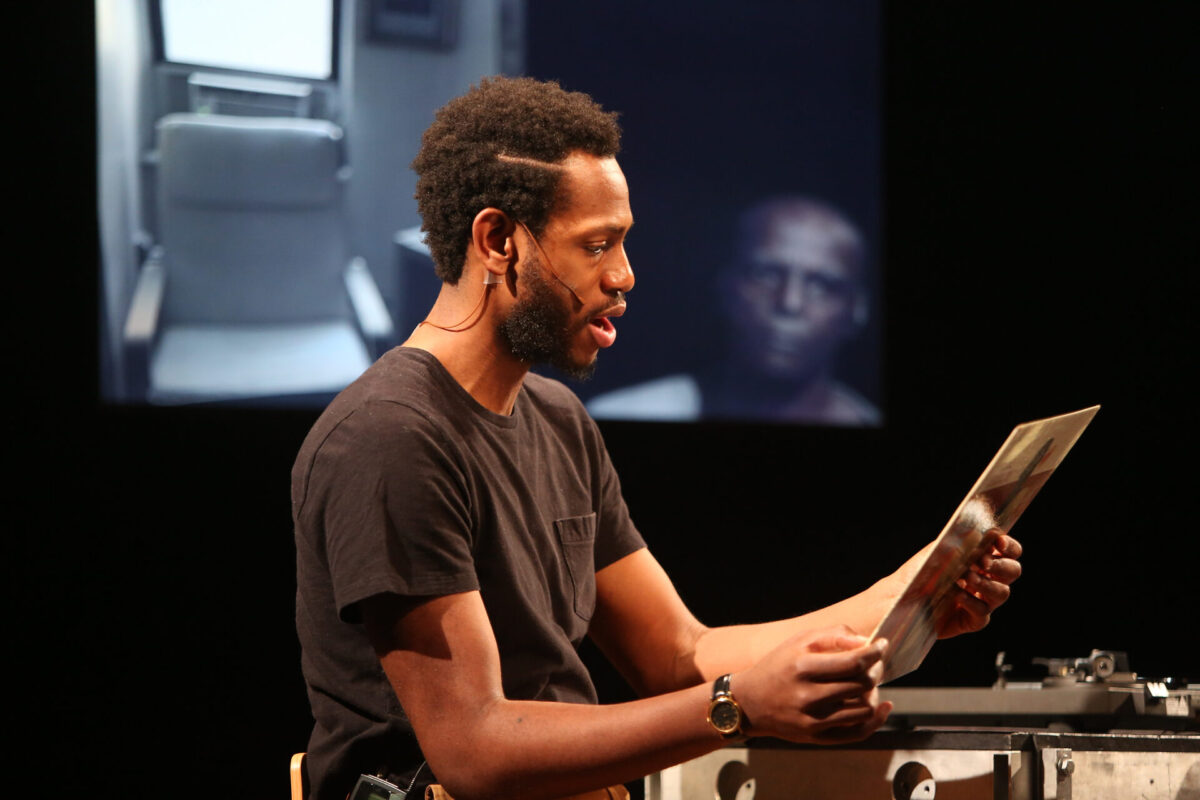 Beyond The Light from Pantea Productions

As a movement-based outfit that prides itself on the elegant hybridization of dance, puppetry, shadow work, and spooky lighting effects (here set to the poetry of Walt Whitman and Emma Lazarus), its soundtrack must be equally tonic, evocative and vibrant – a searing acoustic / electronic blend far more active than mere ambience.

Kingdom of Oz: An Immersive Audio Experience from REAL Immersive

What automatically makes REAL Immersive’s work different, from the get-go, is that this is one of the 2019 Fringe’s Digital Fringe offerings, available only online starting September 5 (you can check in here). Not just a musical experience. Instead, led by a troupe of “Experience Architects,” you are walked through Frank L. Baum’s world of yellow walkways and emerald thrones. There are other Digital Fringe offerings that act more like podcasts. None of the others though involve the flapping sound of flying monkeys.

This city’s answer to the Kronos Quartet – only adventurous singers willing to turn the form on its head with electric instrumentation and such – this team of local vocalists (Alize Rozsnyai, Soprano/Librettist, David Matthew Brown, Composer/Violinist, Irene Moretto, Keyboardist/Collaborator, and Kaitlyn Waterson, Soprano/Creator) are looking to crush opera’s usual polemic, by presenting new works and reimagined works relevant to the present day. This Fringe event is a full-on double-bill with costumes, and the whole bit, and addresses what the players say is society’s major addictions: coffee and smartphones, with a new adaptation of J.S. Bach’s The Coffee Cantata, and Phony, a premiere micro-opera by David Brown and Alize Rozsnyai. Accompanied by a re-orchestrated chamber ensemble that includes electric guitar, bass guitar, and saxophone.

A Philadelphia arts production and creative company put up an in-the-round cabaret musical about liquor, death, and music, and liquor with real and real-crazy drunken tales of fame and violence from the 1920s which they are fusing with a live band’s jazzy riffs on modern pop songs for a night of high notes, low blows, and bespoke cocktails? How didn’t these cats get a liquor or craft beer sponsor (Art in the Age – it’s not too late – the show is scheduled for the Arden’s Hamilton Center down the street). Give them credit though, Love Drunk Life have a line of products and boozy tchotchkes for artists of all types at their Etsy shop.

The 2019 Philadelphia Fringe Festival takes place from September 5 through September 22; more information can be found at fringearts.com.