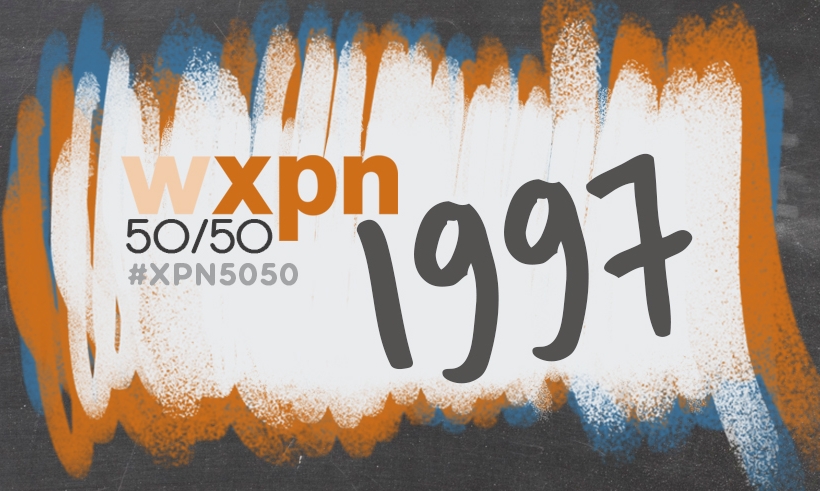 For fifty weeks this year, we’re celebrating the music of a specific year every Saturday on WXPN. We’ll be choosing the years randomly; for this week’s #XPN5050, John Vettese is putting the musical spotlight on the year 1997.

There were hits aplenty in 1997, no doubt — Mariah Carey’s “Honey,” Smash Mouth’s “Walking on the Sun,” Chumbawumba’s “Tubthumping,” just about all the singles from Puff Daddy and the Family’s No Way Out album.

But it was also a year filled with albums that defined artists as well as scenes and genres. The Chemical Brothers’ big beat masterpiece Dig Your Own Hole. Sarah McLachlan’s massive singer-songwriter success Surfacing and the Lilith Fair world it begat. Bjork’s serene, sublime Homogenic. And a little album from Radiohead called OK Computer.

On the big screen, we thrilled to the sci-fi fun of The Fifth Element and the dystopian action of Face/Off, immersed ourselves in the heady Good Will Hunting, laughed to the curmudgeonly comedy As Good As It Gets, and swooned to Leo and Kate In James Cameron’s Titanic.

On TV, it was all about animated sitcoms like The Simpsons and King of the Hill, but let’s not forget the haunting drama The X-Files or the incredibly cool serial spinoff of Buffy the Vampire Slayer, a rare case of a TV show having a more profound legacy than the movie it was based on.

Below, listen to a playlist of music from 1997.