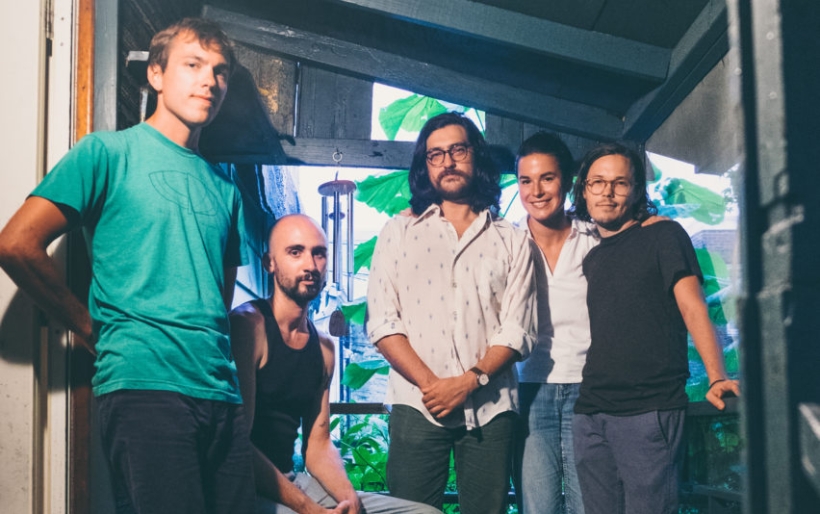 Philly indie roots band Friendship just released a new song “Clairvoyant,” a teaser of their upcoming third LP that dabbles in the earthy and engaging sounds we’ve come to know and love them for. On “Clairvoyant,” soft bass and gentle words reminiscent of Willie Nelson and his plaintive country honesty set the stage well for Dreamin’, the follow-up to 2017’s Shock Out Of Season.

Nelson was actually an inspiration for the song, as singer and songwriter Dan Wriggins tells Gold Flake Paint:

“I wrote “Clairvoyant” a couple days after seeing Willie Nelson perform in Camden, New Jersey at the BB&T Pavilion. My friend Mark had won tickets from a radio station, but had to bail the day before, so he gave me the tickets and I went alone. This is only tangentially represented in the action of the song. But I think it’s pertinent given Willie’s (and one or two others’) creepy ability to read minds.”

Friendship moved to Philadelphia from Maine in in 2015, and began wowing the house show scene; while their debut You’re Going to Have to Trust Me delivered raw roots / folk tones and the second album dabbled in electronic backings, we’re excited to hear where the new Dreamin’ takes them. The album is available for pre-order now and is slated to be released on November 8th on Ordinal Records.