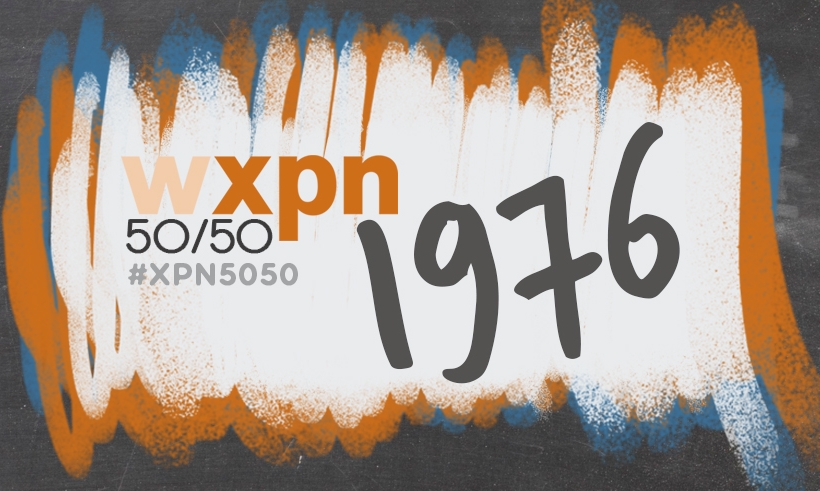 For fifty weeks this year, we’re celebrating the music of a specific year every Saturday on WXPN. We’ll be choosing the years randomly; for this week’s #XPN5050, David Dye is putting the musical spotlight on the year 1976.

What would classic rock radio be without the year 1976? Steve Miller Band’s Fly Like An Eagle, Tom Petty and the Heartbreakers’ self-titled debut, Queen’s A Day at The Races, Patti Smith’s Radio Ethophia. Some arty favorites made waves, like Tom Waits’ Small Change, David Bowie’s Station to Station and Led Zeppelin’s Presence. And let’s not forget the Bongo van bombers from Thin Lizzy and the Doobie Brothers, providing ample fodder to get lit to.

On television, Laverne and Shirley, The Muppet Show, Charlie’s Angels, and What’s Happening made their debuts; Happy Days and M*A*S*H continued their dominance; and Saturday Night Live was in the thick of its first golden era.

On the big screen, there were chills with Carrie, thrills with Taxi Driver, laughs with The Bad News Bears, and intrigue with All the President’s Men, but here in Philly, our hearts will always belong to Rocky.

Below, check out a playlist of music from the year 1976.