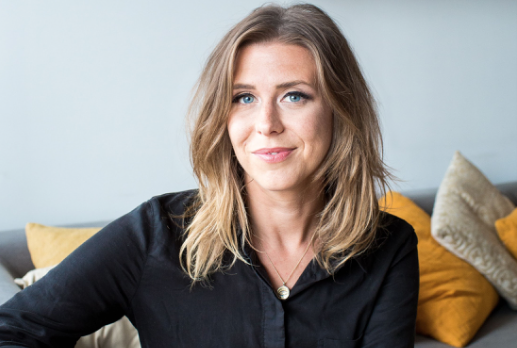 WXPN has announced Raina Douris as the new host of World Cafe starting on October 7. She succeeds Talia Schlanger, who announced earlier this year that she is leaving World Cafe in order to pursue new creative endeavors. Schlanger’s last show as host of the Cafe will be Friday, September 27th.

Raina is an award-winning radio personality from Toronto, Ontario, and comes to World Cafe from the CBC (Canadian Broadcasting Corporation), where she was host and writer for the daily live national program Mornings on CBC Music. She is also involved with Canada’s highest music honors: since 2017 she has hosted the Polaris Music Prize Gala, for which she is also a jury member, and she has also been a jury member for the Juno Awards. Douris has also served as guest host and interviewer for various CBC Music and CBC Radio programs, and red carpet host and interviewer for the Juno Awards and Canadian Country Music Association Awards, as well as a panelist for such renowned CBC programs as Metro Morning, Q and CBC News. She succeeds Talia Schlanger as World Cafe host, who was also a CBC broadcaster before joining World Cafe in 2016.

Douris began her career at Toronto rock station 102.1 the Edge, and then continued on to CBC Radio 3, where she hosted daily music shows. In 2013, she was part of the team that launched Central Ontario Broadcasting’s Indie88 radio station, and served as its music director and afternoon host before moving to the morning show. In both 2014 and 2015 she was chosen as the “Best Radio Personality in Toronto” by Now Magazine readers for her work. She is a 2009 graduate of Ryerson University’s Radio & Television Arts program.

“Raina brings a lot to World Cafe, including a deep love and knowledge of music and a refreshing way of communicating that on the radio and social platforms to a national audience,” said WXPN General Manager Roger LaMay.

“Music is one of the deepest, most meaningful ways human beings can connect to each other,” said Douris. “It’s a connection that can seem transcendent; almost magical. I’ve spent my life chasing that magic and I’m thrilled that the chase has led me to World Cafe. I can’t wait to discover and share music with World Cafe’s passionate, curious audience – and I look forward to approaching conversations with the artists who create that music with that same passion and curiosity — to bring you real, genuine, thoughtful conversations you can’t hear anywhere else.”

On Friday, September 20th, Schlanger will be joined by Douris during the show. Be sure to tune in all next week as Schlanger recalls some of her favorite interviews and moments on the show, as we wish her all the best in the future, and thank her for all of her amazing work.