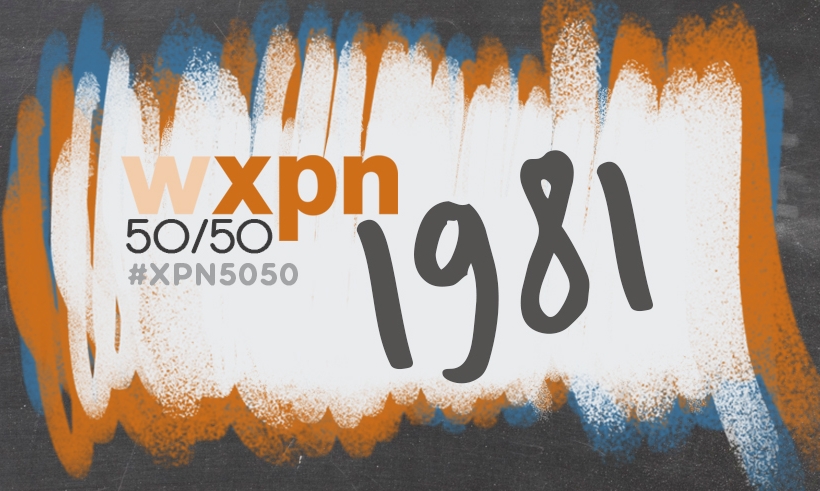 For fifty weeks this year, we’re celebrating the music of a specific year every Saturday on WXPN. We’ll be choosing the years randomly; for this week’s #XPN5050, Kristen Kurtis is putting the musical spotlight on the year 1981.

The year 1981 was prime time for rock of the 80s: Pretenders, Joan Jett, The Police, and U2 were all in heavy rotation, along with hits like “Super Freak” by Rick James, local favorites like “Woman’s Got The Power” by The A’s, and cult faves like Kraftwerk’s “Computer Love.”

On the television, folks were watching Hill Street Blues, Dynasty, The Fall Guy, and Magnum P.I..

Adventure was popular on the big screen in 1981 — Escape From New York, Raiders of the Lost Ark — as well as horror — An American Warewolf in London, Friday the 13th — while comedy hits like Stripes sat alongside the drama of Chariots of Fire.

Below, listen to a playlist of songs from 1981.