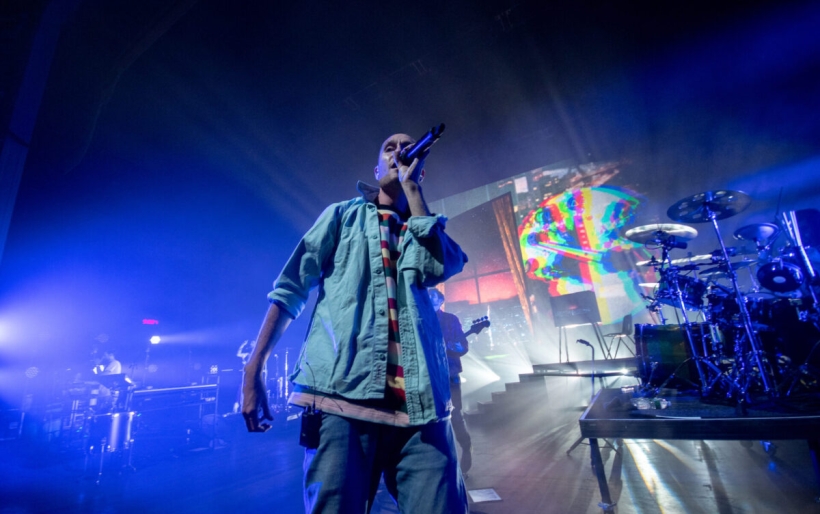 Bastille brings the drama of Doom Days to The Met Philly

Dan Smith has played a lot of roles under the Bastille banner: moody and mysterious David Lynch fanatic with big hair and all-black attire, modern rock megastar with Marshmello co-pro bangers and sleek music video, as well as his current persona with a buzz cut and a sporty / preppy wardrobe that looks borrowed from mid-80s Depeche Mode.

The constant throughout it all has been Smith’s mastery of the pop/rock earworm songs that are complex enough to make a broad spectrum of listeners stop and pay attention, but also straightforward enough that they’re often stuck in your head on endless loop after only a few spins.

This is the essence of Bastille’s third record, Doom Days, and the packed house at The Met Philly last Monday were treated to a rousing set of songs from it, and across Smith’s catalog in general.

Backed by a dazzling LED screen and a solid four-piece band, Smith delivered his songs with maximum conviction — this is a dude who, at a Stockholm amusement park gig earlier this summer, sang “Flaws” while on a ridiculous vertical drop thrill ride, so you know he always goes that extra mile — filling the elegant theater with arena-size energy.

The show also featured an opening set by Joywave, and you can check out photos from both in the gallery below; for more of Avi Warren’s photography, click here.