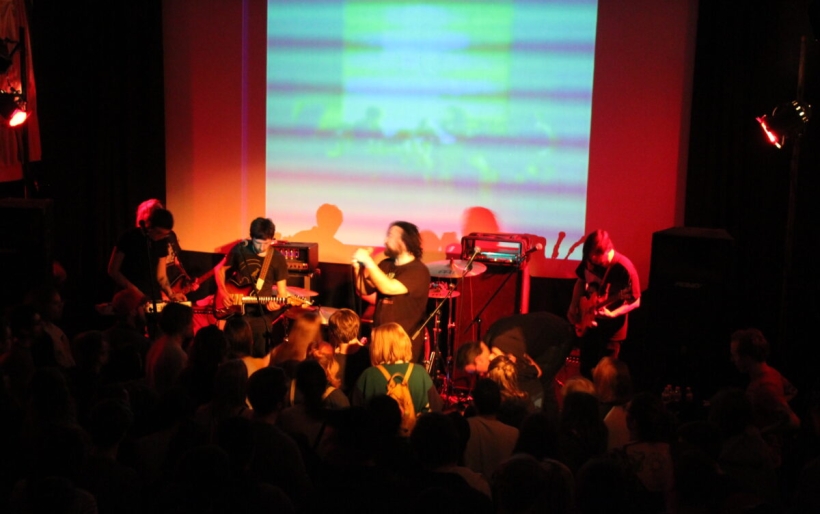 The Philadelphia Mausoleum of Contemporary Art — best known as PhilaMOCA — is a vibrant part of the local music and arts scene, hosting live performances, film screenings, art exhibitions and more in its multipurpose space. But the popular venue has suffered a recent setback after being shut down by the City a couple weeks back during a show by local metal band Crypt Sermon, and is forced to remain closed during a rezoning process, which could take several months.

In an effort to “Resurrect PhilaMOCA,” the venue’s operators have launched a GoFundMe campaign with the goal of raising $20,000 to assist in keeping up with rent and utilities while the venue is closed, and to pay for repairs and upgrades including electrical work, soundproofing, and materials necessary to meet new fire code regulations.

“We have all intentions of reopening at the same level of productivity as before,” PhilaMOCA’s director/curator Eric Bresler writes on the GoFundMe page, “but the process is going to take both time and money.”

As of publication, PhilaMOCA has already passed the halfway point of its fundraising goal, raising over $11,000 by early this afternoon. The GoFundMe has gotten some high-profile boosts, too from Kississippi and Dan Campbell of The Wonder Years.

The venue is located in the historic Finney & Son building on North 12th Street, a former showroom for tombstones and mausoleums dating back to 1865. PhilaMOCA has operated out of the building since since 2010, hosting upwards of 250 events each year and earning a Philadelphia Magazine “Best of Philly” award for best performance venue in 2013.

Bresler cites a recent spike in development in the neighborhood as a root cause of the recent issues facing the venue, but writes that “we are looking ahead towards solutions rather than dwelling on the past.”

While PhilaMOCA works to reopen, all of its scheduled shows are in the process of being relocated to other venues throughout the city. Find more information on the rescheduled shows on PhilaMOCA’s Facebook page and the XPN Concert Calendar, and learn more about the fundraising efforts here.