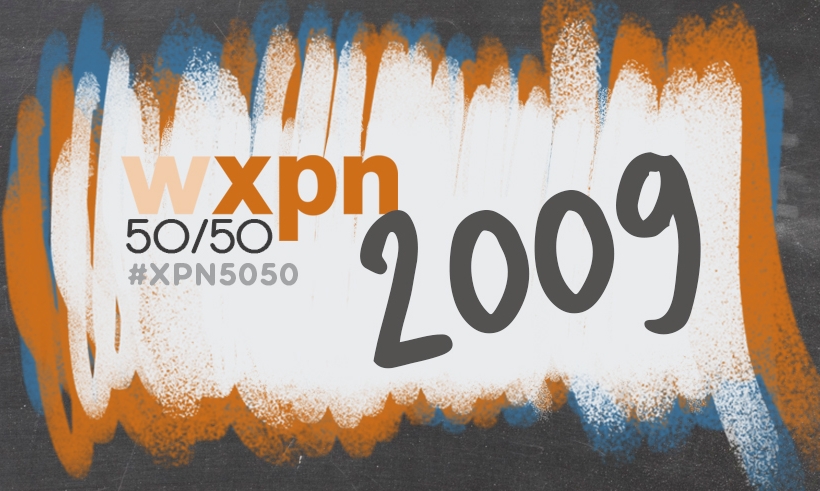 For fifty weeks this year, we’re celebrating the music of a specific year every Saturday on WXPN. We’ll be choosing the years randomly; for this week’s #XPN5050, Mike Vasilikos is putting the musical spotlight on the year 2009.

2009 was the year of big debuts: Dawes, Mumford and Sons, Florence + the Machine, The xx. It was also the year of arrivals — albums like Merriweather Post Pavilion from Animal Collective, I and Love and You by The Avett Brothers, and It’s Blitz by Yeah Yeah Yeah’s gave a powerful new profile to artists that had been toiling for years underneath the radar.

There were lots of big debuts on television as well in 2009: the comedy Parks and Rec, the high school musical drama Glee, the sci-fi thriller V, and the star-making cult classic Community, starring Donald Glover.

On the big screen, Robert Downey Jr. stepped into the shoes of Sherlock Holmes, Wes Anderson went animated in The Fantastic Mr. Fox, The X-Men’s Wolverine got his origin story, and dudebros across the country laughed it up to The Hangover. One of the most remarkable films of the year, though, was the sweeping epic take on the graphic novel The Watchmen, re-imagining what a superhero film could be in the 21st Century.

Below, listen to a playlist of music from 2009.